Asylum seekers are a “forgotten community” when it comes to period poverty, according to a leading activist group calling on the Government for change.

Speaking to RightsInfo at the launch of their new campaign, ahead of World Menstrual Hygiene Day, founder Gabby Edlin explained that while “there are obviously a lot of school girls in need, and there’s a lot of poverty, asylum seekers are, for want of a better word, less sexy in a media sense.”

Currently, asylum seekers receive just £37.75 a week, up from £36.95 earlier this year. However, the group estimate that a heavy period could cost upwards of £10 a week – more than a quarter of that allowance. In an installation Gabby said was designed to be bold, the group descended on Parliament Square with a washing line of full of ‘bloody’ pants and clothes.

Nobody wants to see anyone’s bloody knickers, but the people who don’t want to see them the most are those who have to see them in real life.

Period poverty, which finally hit the headlines during the past year, is where people are left unable to afford basic menstrual hygiene products, with Gabby citing examples of people resorting to using socks, paper, or even nothing at all.

An Issue of Basic Rights It’s an issue which touches several on of our human rights – dignity is at the very core of our rights, as is the right to education.

A right to health is also a key human rights principle, enshrined in both the 1948 Universal Declaration of Human Rights and in the 1966 International Covenant on Economic, Social and Cultural Rights.

Being able to hygienically and safely deal with your periods isn’t a luxury. Similarly, girls shouldn’t be missing school because they can’t afford products. These are basic expectations for every woman.

Recent figures show there were almost 40,000 applications for asylum in the UK during 2016, with those seeking asylum unable to work or claim benefits. Instead, they are given a weekly payment of £37.75 while their application is processed.

“A lot of asylum seekers we speak to talk about having really heavy or irregular periods due to the trauma they’ve suffered,” explained Gabby. “Just from being displaced, just from the extreme stress of being an asylum seeker.”

Asylum seekers are recieving such a tiny amount of money, it cannot possibly cover period products.

“We’ve calculated that if you’re wearing panty liners and/or pads every single day for an entire month, they can cost around £40 a month, which is about a quarter, if not more, of their allowance.”

“We wanted to draw attention to the fact that asylum seekers are receiving such a tiny amount of money, that it cannot possibly cover period products and often they’re using things like socks that they can roll up into their knickers, or pieces of clothing, or nothing at all.”

Ramping Up the Campaign Currently, Bloody Good Period collects products like pads and tampons and delivers them to asylum seeker centres across London, however, Gabby says it’s time to step up their campaigning.

We don’t want to have to exist, we’re a kamikaze project.

“We think that now we’ve established ourselves, we know who we are, we’re about to become a charity, it’s time we start lobbying the Government because we don’t want to have to exist. We’re a kamikaze project.

“That’s the idea, and we think the Government should be taking a lot more responsibility. We’re kind of sick of people being embarrassed to talk about it.”

Previously, Education Secretary Justine Greening has said she would ‘look into’ the issue of period poverty in schools, but there has been no firm commitment. As well as lobbying the Government, the group are also passionate believers behind the power of simply talking about period poverty.

I did not know anything about period poverty before.

20-year-old Tia Miles, who was also protesting at the event, said she was proof in action that breaking the taboo works.

“I did not know anything about period poverty,” she said. “[Gabby] taught me so much, and she is getting the conversation out there and stopping the word period from being so awkward to talk about, she’s really into saying ‘yeah, we menstruate, yeah, we bleed, what are we going to do about it?’” 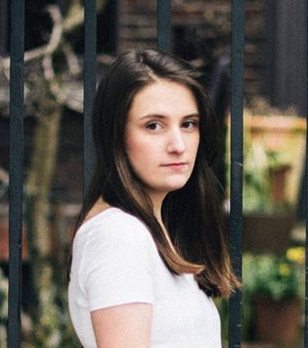