Part Two: What is The Link Between Social Justice and Human Rights?

Spaces of human rights are constantly shifting – as we’ve seen with all the change in the world recently – and so we’ve launched a new mini series of explainers on current human rights issues to revisit some history and address new issues. (Part 1 looked at human rights themselves and you can read that here.)

Part 2. As social justice becomes a greater part of our contemporary political vocabulary, we ask what the links are to human rights.

In recent years, the term “social justice” has become a buzzword often seen in online discussions, and as a goal for anti-discrimination campaigns. However, perhaps because of its widespread use, there’s little consensus about what the actual term really means – and more importantly for EachOther – how social justice can be closely linked to human rights.

Whilst the term ‘justice’ only appears once in the Universal Declaration of Human Rights [UDHR], it’s mentioned in the preamble, where it’s deemed – along with freedom and peace – to be the foundation of human dignity and equal rights. 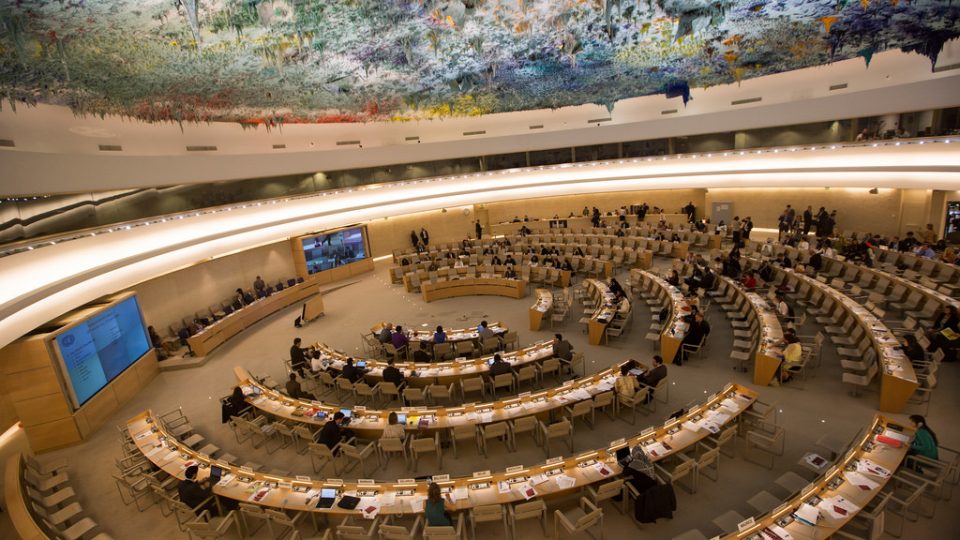 On 20 February every year, the UN, (the international body that created the original human rights document in 1945), celebrates the World Day of Social Justice. So not only do they celebrate social justice but the UN also signposts the relationship between the two within their own definition of social justice:

There is no agreed or monopolised rulebook differentiating human rights and social justice activism. Instead, they can often come together to create stronger campaigns for equality.

They define social justice as:

“…an underlying principle for peaceful and prosperous coexistence within and among nations. We uphold the principles of social justice when we promote gender equality, or the rights of indigenous peoples and migrants. We advance social justice when we remove barriers that people face because of gender, age, race, ethnicity, religion, culture or disability.”

As human rights hold legal weight they are the tool that individuals and communities can use to hold those in power to account. 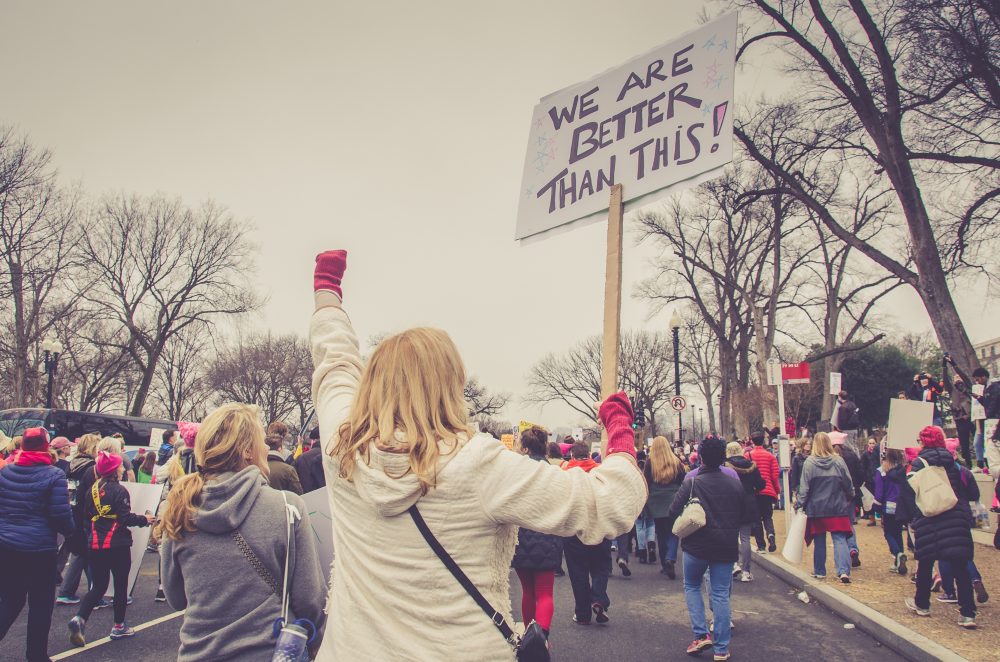 Case studies: How human rights and social justice have worked together

The US civil rights movement, which is perhaps modern history’s most famous example of social justice, is a key example of how human rights and social justice can interrelate. Whilst many of the rights that were fought for may be considered to be civil rights, such as the right to vote, socio-economic justice and anti-segregation, human rights principles such as freedom from discrimination and the right to movement were at the core of the campaign and underlay many civil rights. 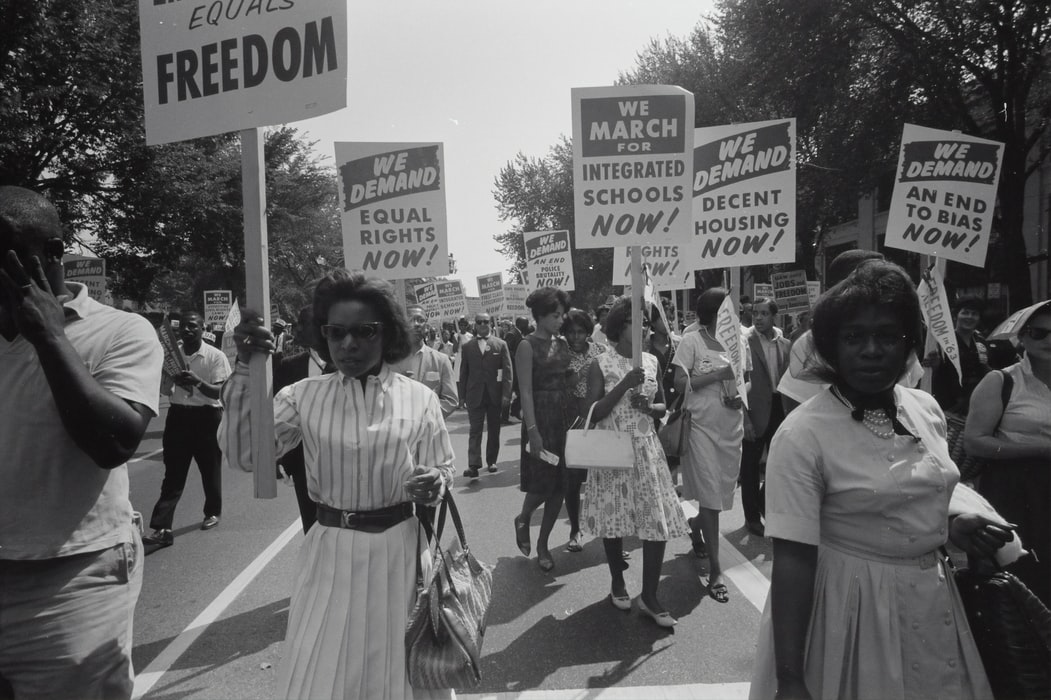 A more modern, UK-based example, is the Modern Slavery Act 2015, which aims to protect workers with working hour limits, satisfactory health and safety standards, equal pay, and the freedom to join trade unions. Human rights against exploitation and respect for private life are at the heart of this Act that was used to achieve social justice.

However, not everyone agrees there’s a strong relationship between social justice and human rights. Some say that human rights advocacy, which is expressed through impartial fact-finding and reporting, has a legal bias that is ill-suited to the politicised and popular nature of social justice activism. As this activism increases in the modern internet age, some claim that a move away from the law will politicise human rights away from its dominant legal image. 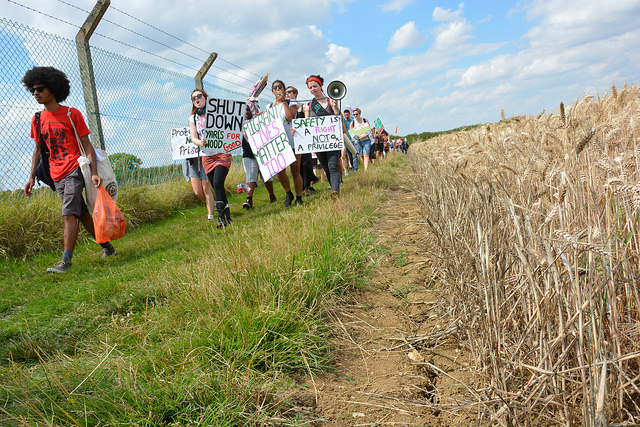 This latter claim does not account for the many mainstream human rights organisations such as Amnesty International and Liberty which, for decades, have championed human rights positions not firmly grounded in law, but encourage more expansive and progressive interpretations of them. The civil rights movement itself demonstrates that human rights activism can also include civil disobedience, strikes, sanctions and political struggles that are distant from the traditional view of human rights being protected in the courtroom.

As modern campaigns for social justice have used more direct, popular forms of campaigning to achieve their political objective, these methods have highlighted that there is no agreed or monopolised rulebook differentiating human rights and social justice activism. Instead, they can often come together to create stronger campaigns for equality.

Part Three will discuss how human rights have been affected by the COVID-19 pandemic. You can read Part One: The History of our Human Rights here.