Northern Irish Women To Be Provided Abortion Services In Republic

By Dulcie Lee, Freelance News Editor 16 Nov 2018
Women and girls from Northern Ireland will be able to access abortion services in the Republic of Ireland from early next year, the Republic’s health minister Simon Harris has said.

Harris said it was “appropriate and important” that women in Northern Ireland will no longer have to travel to Britain for a termination.

He said it was a “matter of great regret” that women across the entire island of Ireland cannot access services for a crisis pregnancy.

Harris made the pledge yesterday during a meeting with Amnesty International, Sinn Fein and other groups from the North who are in favour of legalising abortion. He said: “I intend to ensure women from Northern Ireland can access such services, just like they can access other health services here.”

However, women from Northern Ireland seeking to access abortions will have to pay for the service. Abortion is illegal in Northern Ireland unless there is a serious risk to a woman’s life or health.

Harris said he hopes the bill currently going through the Dáil (the Irish parliament) would become law by the end of December, allowing for terminations to take place from January.

Last year, 919 women from Northern Ireland travelled to England or Wales to have an abortion.

Amnesty International has welcomed the news. Grainne Teggart, Amnesty UK’s Northern Ireland campaigns manager, said that it underscored, “the absurd position that women find themselves in where they will soon board trains for these services or continue to go to the rest of the UK but still cannot access safe and legal abortions in Northern Ireland.

“We call on the Northern Ireland secretary and UK Government to prioritise women’s healthcare, decriminalise abortion and ensure a framework for access is put in place.”

Northern Ireland is the only part of the UK where abortion is still illegal because the 1967 Abortion Act, which legalised abortion in some circumstances, only applies to England, Scotland and Wales.

​Earlier this year, the Republic of Ireland decided to repeal the Eighth Amendment, voting in favour of legalising abortion in a landslide referendum. The result piled more pressure on Northern Ireland to follow suit.

In October, MPs voted in favour of a groundbreaking amendment forcing the Northern Ireland secretary Karen Bradley to “issue guidance” to explain how officials can continue enforcing the region’s abortion law. Parliamentarians argued that the abortion ban was incompatible with human rights in an amendment proposed by Labour’s Stella Creasy and Conor McGinn.

Separate legislation aimed at decriminalising abortion was put forward by Labour’s Diana Johnson, and passed its first reading by 208 votes to 123.

I believe that a woman should be able to access safe, legal abortion

The victory however was largely symbolic and unlikely to become law, although it made clear the support for bringing abortion legislation in Northern Ireland in line with the rest of the UK. The result also ramped up the pressure on Prime Minister Theresa May.

Earlier this year, Mrs May said “I believe that a woman should be able to access safe, legal abortion” but also insisted that abortion was a “devolved matter”, but Equalities and Women’s minister Penny Mordaunt, and her deputy Victoria Atkins, broke rank to support Johnson’s bill.

Changes in abortion law in Northern Ireland have been near impossible since the collapse of the devolved region’s government in Stormont more than a year ago. 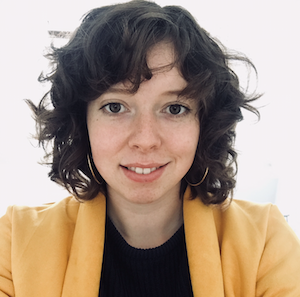