No-deal Brexit: What Will It Mean For EU Citizen’s Rights?

The UK’s new Prime Minister used his first Commons speech to “repeat unequivocally our guarantee” to EU citizens in the UK and assure that under his government they “will have the absolute certainty for the right to live and remain”.

But any initial optimism that this represented a pledge to enshrine citizens’ rights in primary legislation in the event of a no-deal Brexit, as alluded to during Boris Johnson’s campaign for Tory leadership and the 2016 Vote Leave campaign, was soon quashed.

His spokesman confirmed that he was in fact referring to the existing EU Settlement Scheme (EUSS), introduced by his predecessor Theresa May, having no plans for further fresh legislation.

So, what can EU citizens, their families and employers expect in a no-deal scenario?

The government stated that it intends to end free movement “as soon as possible” if the UK leaves the EU without a deal. This contrasts what would happen under Theresa May’s withdrawal agreement, where free movement would continue during a “transitional period” after which the UK would set its own rules on immigration.

The EUSS was introduced by former prime minister Theresa May’s government to safeguard EU citizens’ rights after Brexit. It has remained a commitment of prime minister Boris Johnson’s Conservative government, which was re-elected with a sizeable majority on 12 December this year.

The EUSS became fully operational in March 2019. It enables EU nationals and their family members who enter the UK before 1 January 2021 (or prior to the date of withdrawal in the event of a no-deal Brexit) to apply for immigration status to remain in the UK.

In the event of no-deal, only EU citizens and their family members currently in the UK or who arrive before the Brexit deadline of 31 October 2019 would be able to apply to settle under the EUSS. Those arriving in the UK from 1 November 2019 would not.

However, in December the Government also announced a new no-deal scheme for EU Citizens arriving in the immediate aftermath of Brexit, partly as an effort to soften the blow for employers reliant on an EU workforce.

Called the ‘European Temporary Leave’ scheme (ELTS), it is aimed at EU nationals who arrive in the UK between 1 November 2019 and 31 December 2020 – the previously envisaged end of the transition period.

It would require EU citizens and their family members to apply for temporary leave to remain in the UK within three months of their arrival and grant them permission to stay for three years.

But, crucially, they would not have the option to settle or extend their stay in the UK beyond this period unless they meet criteria to switch into a different immigration category in the future, in the same way as non-EU nationals.

Future Of Immigration In The UK Remains Uncertain

Mr Johnson further promised to scrap the government’s “tens of thousands” net immigration target, set by his predecessor Theresa May in 2010.

It is this target that is believed to have given rise to May’s now infamous “hostile environment” policies, introduced in 2012, with the aim of making life unbearable for undocumented persons in the UK.

This, in turn, laid bare the Windrush scandal in which hundreds of British residents of Caribbean heritage were wrongly detained, threatened with deportation and denied legal rights because the Home Office had categorised them as undocumented migrants by mistake.

He further promised a review of the current immigration system with a view to introduce a new “Australian-style’’ points-based system.

While many immigration lawyers remember that the UK’s current so-called points-based system was introduced in 2008 with the same rhetoric, it is unclear exactly what the Prime Minister’s proposals are.

He has mentioned that migrants would require a job offer. But this goes against the principles of the Australian system  referred to which, instead of a concrete job offer, only requires a minimum number of points to be met based on specific criteria, such as age and level of education.

The Australian system has come under criticism for oversupply of qualified migrants who end up in low-skilled jobs due to lack of other opportunities – a criticism similarly levelled at the UK’s own Highly Skilled Migrant Programme before its demise.

While the uncertainty around Brexit and immigration remains, one thing can be guaranteed – migrants, employers and lawyers are awaiting further announcements with bated breath. 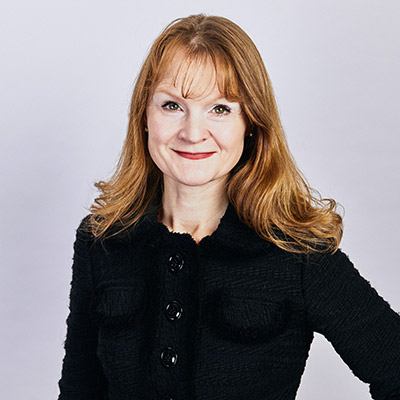 Sophie Barrett-Brown Senior Partner and Head of UK practice at Laura Devine Immigration
Visions / 17 Mar 2022 Should Access To The Internet Be A Human Right?
Institutions / 17 May 2022 More Needs To Be Done To Uphold Freedom Of Information In Scotland
Equality / 16 May 2022 What's New In Human Rights In Scotland? EachOther Is!
Disability / 13 May 2022 Repeat Safety Failures In A Mental Health Unit Contributed To A Man's Death
Discrimination / 12 May 2022 Homeless People Sleeping In Cars Or Tents Could Be 'Committing' A Criminal Offence