Modern Slavery: 5 Ways To Know If A Company Is Serious About Tackling It

Modern slavery exists, in large part, because of our buying habits. Because we want a bargain, businesses respond by offering low prices. To lower prices, businesses look for cheap labour, which has helped fuel the growth of international supply chains where goods and services are sourced from places where, among other things, labour is cheap and labour laws are lax.

The complexity and extensive nature of international supply chains enable businesses and consumers to turn a blind eye to modern slavery, which is an umbrella term for forced labour, child labour, human trafficking and other forms of labour abuse. According to current research, modern slavery is so pervasive in global supply chains that everything we own is tainted by it.

Increasingly, with Fairtrade, sustainability, the gender pay gap and other responsible business issues, consumers have become more aware of the knock-on effects of their spending and more selective with their choices. With the hope that the same would occur for modern slavery, the UK government has even expressly stated that consumers are part of the solution to the modern slavery problem.

Section 54 of the Modern Slavery Act 2015 was meant to empower consumers to make better purchasing decisions. In effect, everyone would be enforcers of the law. By requiring modern slavery statements to be written in plain English and published on the home pages of all large businesses, the public is meant to have easy access to them. But unlike the easily identifiable Fairtrade logos, more guidance is needed.

Here are five quick ways to figure out where businesses stand on modern slavery, all in the time it would take to add a couple of items to your shopping cart.

1. Is There A Modern Slavery Statement On The Home Page?

The Modern Slavery Act requires large companies operating in the UK to publish a statement on the issue. Increasingly, this is also expected of smaller companies. The first place to check for this is the home page of the company’s website, which is a good indication that they take the issue seriously.

Alternatively, carry out a search on the civil society-run databases, the Modern Slavery Registry or the TISC Report. These databases collect statements and screenshots of statements so consumers can easily access information on their favourite brands. Where the company does not have an online presence, consumers have the right under the law to request and be provided with a statement within 30 days.

2. Does Their Statement Talk About Audits, Not Just Policies?

A large number of current statements focus on company policies. While this is a good starting point, policies are expectations. For example, by saying “We have zero tolerance towards modern slavery”, the company is stating an expectation rather than describing how those expectations are being met in reality.

This is why audits and inspections are important, especially audits that take place on the sites of their various suppliers. If a company regularly sends out people to inspect and monitor activities in other parts of the world, they are demonstrating that they care about how things operate on the ground. Many instances of modern slavery can be uncovered by these kind of on-site audits, particularly unannounced inspections. It is not a perfect solution but it goes some way towards preventing blatant abuse.

A modern slavery statement must be signed by a director of the company. The legislation clearly states this. This is to ensure that modern slavery is on the agenda in boardrooms where senior managers are motivated to take meaningful action. It also means directors can be liable if the statements are not verifiable and accurate.

You should be able to check the names of directors against the firm’s Companies House register.

4. Does it tell you about the risks?

When statements declare “We are not at risk of modern slavery”, this is usually an indication that the business has done nothing to prevent modern slavery at all. Remember, modern slavery is a pervasive feature of the global economic system, so it is more than likely that modern slavery will exist somewhere in a company’s supply chain.

The purpose of a statement is to describe the process for identifying risks and outline what those risks are. Which products? Where are they made? Those are the key things you should be looking for.

5. Do employees and contractors receive training?

If a business has a long-term training plan for both employees and contractors, this means it acknowledges that its obligation to eradicate modern slavery goes beyond its immediate workforce. Companies should admit that the work is ongoing and requires incremental development and education. This signals it accepts its responsibility to improve its efforts in tackling modern slavery and is a good indicator that the company is willing to be transparent about it.

With some conscious effort, consumers can push businesses towards greater responsibility and ethical behaviour. So, buy from businesses that make an effort, and if a business you buy from does not do one, or any, of the above, you can choose to ask more questions, or go elsewhere. Either way, it’s a win for ethical trade. 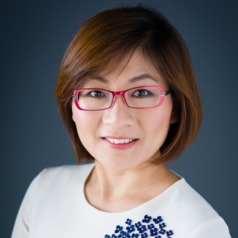