After coming out, Gary Ginnaw didn’t play football for 12 years. But that all changed when he spearheaded the foundation of the first ever professionally-affiliated LGBT team.

“I wanted to get back into it, but I just didn’t feel comfortable playing football,” Ginnaw explains. Then, in 2014, he heard of the Invicta Team, an LGBT-friendly football club trying to promote a more inclusive culture in the sport. Ginnaw decided to join and later became their manager.

At the time, Invicta was a small football team that was struggling financially and doing poorly in matches – but they’ve come a long way since then. Ginnaw tells us about the team’s transformation from underdogs to champions. In 2016, the Invicta team was desperately in need of an energy boost. Ginnaw had grown up a fan of Charlton Athletic and knew that the Charlton Athletic Community Trust (CACT) was active in the local community. Determined to revive the team’s faltering prospects, he decided to ask for CACT’s assistance.

“To be honest, I thought they were just going to tell me that they were sorry but they couldn’t help. Instead, we got a meeting with them, where they basically put the onus on us: ‘tell us what you want, and we’ll see what we can do.’”

I thought they were just going to tell me that they couldn’t help. Instead, we got a meeting with them, where they basically put the onus on us.

It’s true that other LBGT+ football teams have a connection with Football League clubs – the London Titans have a partnership with Queens Park Rangers, for example. But Charlton Invicta are the only team with an official affiliation that includes taking the main club’s name and branding. This helps them attract new players and spread the team’s inclusive message to the world of football.

“I think it really opening their eyes to the kind of issues that we face,” Ginnaw says, “and to the fact that there are so many LGBT people out there who are interested in football.” Homophobia is a widespread issue in sports, and particularly in football. Attitudes are changing, but a 2016 Stonewall report found that 72% of football fans had heard homophobic abuse while watching live matches, something which, technically, still isn’t illegal in the UK.

It’s an issue with human rights interests too. Human rights are all about being treated equally and not being discriminated against. When done inclusively, sport can be a powerful tool for human rights.

The topic is particularly relevant with the World Cup being held in Russia. The Russian authorities have reassured LGBT+ supporters that they will be protected against discrimination. However, MPs have warned they could still be at risk of violence and advised supporters to avoid showing affection in public. Meanwhile, Mexico and Argentina have been fined by Fifa because their fans were singing homophobic chants during matches. Not all of the players in Charlton Invicta are members of the LGBT+ community. In fact, during the last season, two-thirds of them were heterosexual. Ginnaw believes this diversity helps convey their message more effectively.

“It’s not an issue. And the straight people are those who can make a difference, because they’re the ones that can show to everyone that it doesn’t matter. If it doesn’t matter to them, why should it matter to anyone else? This is exactly what it is about: breaking down barriers.”

Ideally we want to get to the point where LGBT+ friendly teams don’t exist anymore, because everyone can join the team they like.

“It would be silly for us to say: we’re an inclusive team, but since you are straight, you can’t join. Ideally, we want to get to the point where LGBT-friendly teams don’t exist anymore, because everyone can join the team they like, and there’s no discrimination.”

Ginnaw wants to make sure that they never lose sight of their main purpose: creating a safe environment for LGBT+ individuals who want to play football without having to disguise their identity.

“From a community perspective, it’s very important that we retain our core values. Yes we want to win, yes we want to be competitive, but there’s also the social side. I struggled to come to term with my sexuality and didn’t play football for a long time, and I regret that,

“I want to make sure that there is no young player, facing that kind of issue, that feels that they can’t come to us. If we can make a difference for one or two of them, then we’ve done our job.”

To Pride – As a Ground Breaking Team This season has been very special for Charlton Invicta. Not only did they win their league, but this weekend, they’re going to take part in Pride in London. Not only will they be the first LGBT+ football team to march, it’s also the first time a professional club has a presence on the parade. In the past supporters’ groups and amateur teams have marched, but not the club itself.

I almost couldn’t believe it. We’ve always been the underdogs, and now we’re beginning the season as champions.

They will be in a minibus with rainbow flags, surrounded by a walking group. Roughly 120 people will take part, including the whole Charlton Invicta team, a group of Proud Valiants, the LGBT+ supporters of Charlton Athletic, CACT staff and people from Young Greenwich youth hubs – which are run by CACT on behalf of the Royal Borough of Greenwich.

“I almost couldn’t believe it,” says Gary. “We’ve always been the underdogs, and now we are beginning the season as champions. Being at Pride is going to be a great way to celebrate winning the League. It’s going to be a fun, inspiring day. We will be a massive, diverse group and it will really show what Charlton Invicta is about.” 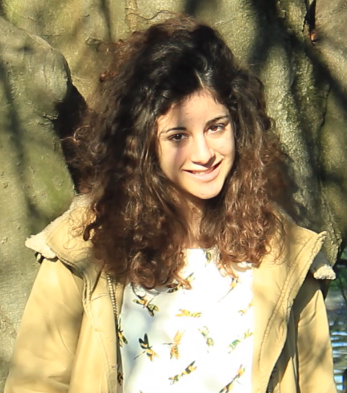