‘I Suffered A Bit Of A Mental Health Breakdown’: The Couples Unable To Marry Thanks To COVID-19

“Really, I suffered a bit of a mental health breakdown,” Emma Freeman tells me from her home in Northamptonshire. The 37-year-old is one of the thousands of couples across the country who have been forced to postpone their weddings indefinitely thanks to COVID-19 restrictions. In Emma’s case, she’s now rescheduled four times.

“I was really struggling,” she continues, “my hair was falling out, I wasn’t sleeping. It’s probably the worst place I’ve ever been. I’ve only lately started to pick myself up again.” Emma and her partner Paul were originally due to marry in July 2020, but have since been “trapped” thanks to the contracts they originally signed, combined with ever-changing Government legislation.

It has been a similar story for 24-year-old Anisah Araf, who had been scheduled to get married in September 2020, at a ceremony with 400 guests. “When I first heard of corona, the cases were in the tens, so I didn’t think much of it,” she tells EachOther, “but when it started increasing to hundreds, I started to worry.”

While Anisah hoped the situation would calm down by July, she realised by August it simply would not be possible. “They were allowing 10 guests,” she explains, “which is impossible when you’re South Asian, so I decided to cancel and rearrange in the hope that there would be a vaccine [by May].”

As well as affecting her mental health, being unable to get married brought additional complications. “My partner and I bought a house during the pandemic, in the hope we’d be able to move in by September,” she explains. “In our culture we cannot move in until we are married, so now we are paying a mortgage for a house we can’t live in.”

In our culture we cannot move in until we are married, so now we are paying a mortgage for a house we can’t live in.

During the first coronavirus lockdown, which began in March 2020, all weddings were banned, something which Stephanie Heijdra, a lawyer from Winvolved Consultancy tells EachOther there is “no known precedent for”. The decision was met with condemnation from couples who relied on marriage to certify their immigration status. “Marriage isn’t just a piece of paper,” one couple explained to The Guardian last year. “So much depends on it. Weddings are important for legal reasons.” 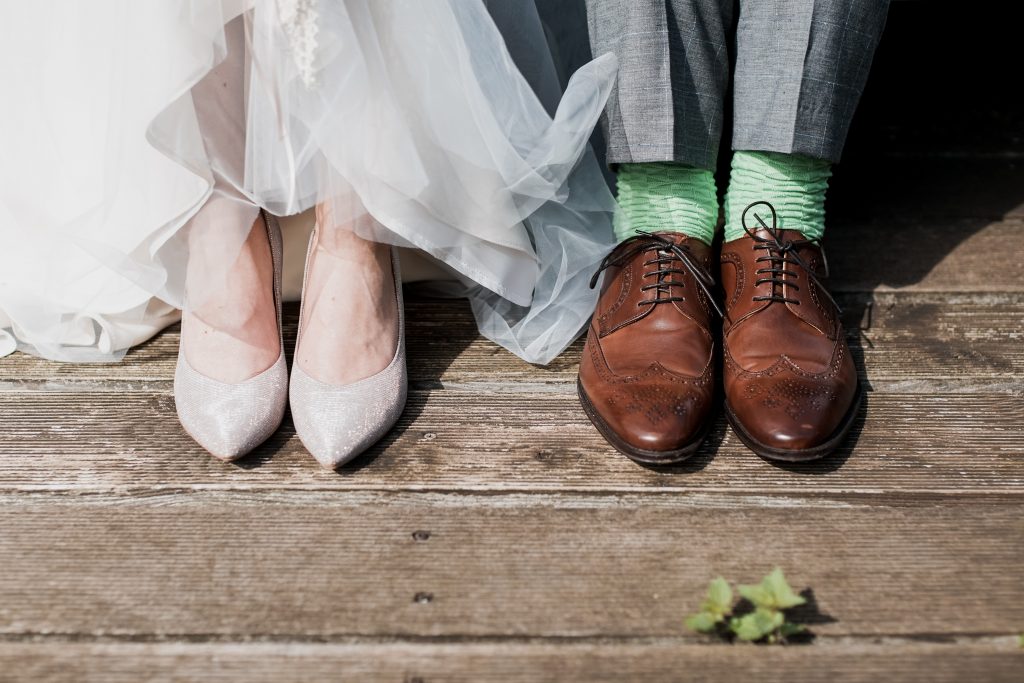 Over the past year, restrictions have ricocheted between loosening and tightening. In June, Prime Minister Boris Johnson announced that small weddings of up to 30 people would now be allowed. However, this was later revised down to 15 people as part of the tier system, and during the current lockdown they are only permitted with up to six people in “exceptional circumstances”.

A statement on the Government website adds that while they “understand the unique significance that marriages and civil partnerships hold in people’s lives, coronavirus cases are rising rapidly across the country”. The statement gives an example of exceptional circumstances, namely when “you or your partner is seriously ill and not expected to recover, or is to undergo debilitating treatment or life-changing surgery.”

However, as some couples approach the anniversary of their original wedding dates, there is growing pressure for the Government to provide clarity on when weddings and civil partnerships will be able to return. “We need facts, we need that support,” adds Emma, who’s also been involved in the #WhatAboutWeddings campaign, which is urging the Government to provide a roadmap for reopening.

The wedding industry has been left in the dark, but I don’t really have any confidence in the Government to actually delivery anything they put forward.

“What they don’t consider,” she tells EachOther, “is I, for one, don’t want to get married tomorrow. If Boris came on TV tonight and said people can go ahead with weddings of 100 people tomorrow, you wouldn’t see me ringing my registrar.” For Emma, and the wider campaign, they are calling for a clear roadmap for weddings in the Prime Minister’s lockdown exit strategy.

Writing on Twitter, the campaign said: “We’ll say it again, weddings must be included in the roadmap announcement. Couples and businesses need information and they need a plan.” The campaign is also calling on the Government to explore the use of mass rapid tests, something the Prime Minister has himself suggested could be included in future plans.

‘The wedding industry is hanging on by a thread and desperately needs a roadmap and some financial support from the government to help navigate the rest of this,” agrees Melissa Woods, the founder of The Un-Wedding. “Couples and suppliers have been patient enough. We need help.”

“I think the topic of weddings isn’t highlighted enough in the press conferences or announcements from the Government,” Anisah echoes. “The fear of the unknown really dwells on you because you have your whole life planned for one big day with someone you love and you don’t know whether you’re coming or going. There 100 percent needs to be a clear plan with weddings – clearly Premier League games are more important with them [the Government] allowing fans in stadiums.” 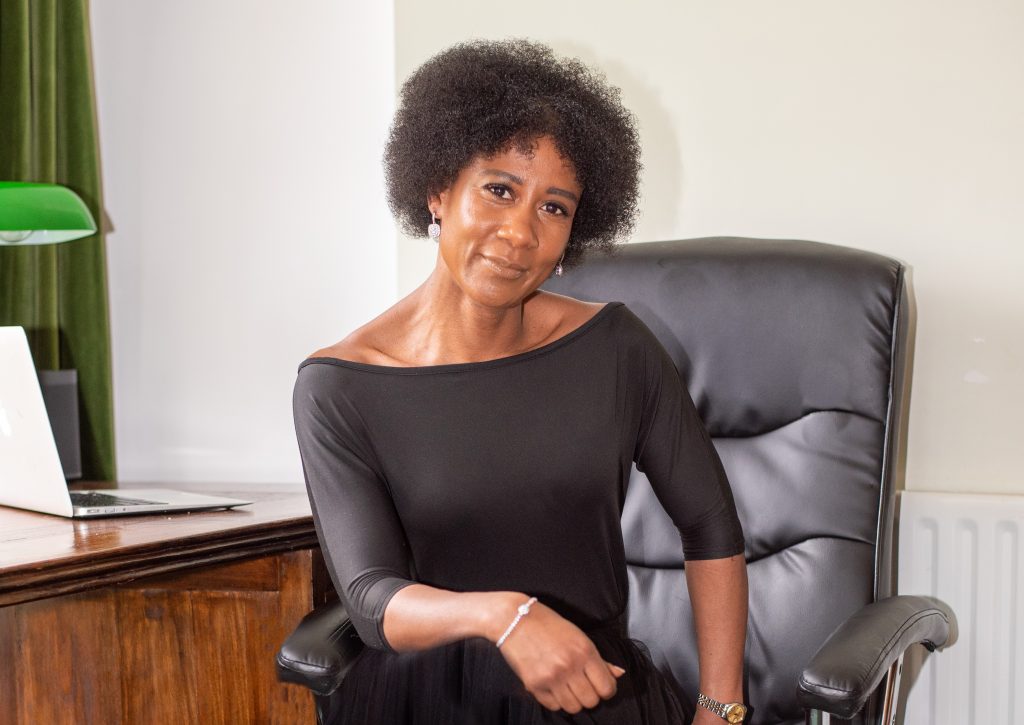 Under Article 12 of the Human Rights Act, we all have a right to marry and start a family. “I can understand if couples feel the current restrictions are an infringement on their rights to get married,” says Pranav Bhanot of The Wedding Lawyer. “However, the right to get married is subject to national laws on marriage.”

“This right is qualified,” explains barrister Paula Rhone-Adrien, “which means there are circumstances when the Government can suspend the right, as long as the suspension is not arbitrary.” While Pranav says it is possible to defend the temporary restrictions in place because of the pandemic, Paula adds: “As a recognised human right, lawyers would argue that it was a requirement of the Government to prioritise such a roadmap, so that the infringement does not continue when unnecessary.”

Stephanie agrees, adding that in this case, the first responsibility of the Government is to protect the lives of citizens. “The current situation constitutes a temporary (almost) blanket ‘ban’ on ceremonies carried out for the benefit of public safety, rather than preventing individuals from getting married at all when criteria to do so are met,” she adds.

However, for the thousands of couples across the country waiting for news, this is little comfort. “I was heartbroken when we had to move [our wedding],” says 31-year-old Oliver Fitzgerald, who was due to marry early in 2020. “As far as a roadmap is concerned, I do feel like the wedding industry has been left in the dark, but I also don’t really have any confidence in the Government to actually deliver anything they put forward.

“I don’t really know what I’d want to see really. It’s either we put the wedding on the back burner for the foreseeable and come back to it in a year or two when things are back to relative normality, or we go ahead now and have a much smaller affair than what we’ve envisioned since we first got engaged. And I’m not really a massive fan of either option.”