By Solange Valdez-Symonds, Volunteer Director, Project for the Registration of Children as British Citizens , Steve Valdez-Symonds, Amnesty UK Refugee & Migrant Rights Programme Director 18 Mar 2020
Daniel, 15, has lived in the UK since he was three but must pay £1,012 to apply for British citizenship. Image Credit: Amnesty International / YouTube

Three months after a landmark court ruling, UK-born children applying for British citizenship must still fork out an unlawfully high fee of £1,012.

With the case now set to go before the appeal court, Solange and Steve Valdez-Symonds argue why this situation demeans British citizenship for us all.

In December 2019, the High Court ruled that the Home Office had acted unlawfully in charging £1,012 for children to register their right to British citizenship.

The judicial review claim was brought by the Project for the Registration of Children as British Citizens (PRCBC) on behalf of two children – known as O, aged three, and A, aged 12.


Both were born in the UK but have been priced out of accessing their citizenship.

The court found that the Home Office had taken no account of the best interests of children in setting the fee. It highlighted a “mass of evidence” showing that the fee prevents many children from registering British citizenship. Thus leaving them feeling “alienated, excluded, second-best, insecure and not fully assimilated into the culture and social fabric of the UK.”

The ruling was a landmark victory, sending out a clear message that the Home Office needed to immediately change the fee.

However, following the ruling the Home Office appealed to the Court of Appeal and so the fee remains unchanged. Children in the UK are still required to pay £1,012 to register as British citizens – £640 more than what the Home Office says is the cost to it in processing a child’s registration. The harm caused to children by this fee continues to be ignored.

The wider challenge to the fee

The case put before the High Court last December argued that the Home Office does not have the power to set fees for children’s registration that are either unaffordable or above administrative cost levels. This is because children’s registration of citizenship is a statutory right, which the Home Office is not permitted to put out of reach or profit from with its general fee-making powers.

The court decided that an earlier appeal court decision prevented it accepting this argument. But it took the unusual step of allowing PRCBC, O and A to apply directly for permission to appeal to the Supreme Court to determine the matter.

However the Supreme Court decided last week the Court of Appeal must have the opportunity to consider the case. PRCBC, O and A are now making the required application for our case to be heard alongside the Home Office’s at the appeal court.

At its heart, this legal challenge concerns more than the fee for children to register as British citizens. It is also a challenge to a fundamental and harmful fallacy that has taken root at the Home Office and elsewhere.

Children born in the UK are not migrants and citizenship rights – whether by acquisition or registration – are not immigration matters.

The Home Office wrongly treats registration of British citizenship as akin to its powers to naturalise adult migrants to the UK. Registration is, however, a right.

It is not for the Home Office to give permission to British people to live in their own country.

Parliament made that clear when passing the British Nationality Act 1981. It intended to ensure that all people with a shared connection to the UK shared in the security of its citizenship.

Naturalisation, however, is different. It concerns people who have connection elsewhere but who have moved to the UK and wish to make their future connection with the UK by becoming citizens. There is no right to do this. It is always at the discretion of the Home Office.

What more can be done?

Although the appeals against the High Court decision are outstanding, the Home Office can reduce the registration fee or introduce exemptions or waivers at any time by passing new fees regulations. However, there is no sign that it intends to do so.

It is necessary, therefore, to continue to build pressure on the government to act by signing and promoting the petition hosted by Amnesty UK and writing to MPs using the material provided by PRCBC.

Journalists, campaigners, lawyers and others can also help by ensuring they do not repeat and give credence to Home Office error in treating citizenship rights as matters of immigration policy. PRCBC’s note on the judicial review claim sets out information to help avoid that.

PRCBC has also prepared a short Frequently Asked Questions sheet for people wanting to know more about the High Court judgment and its impact on the registration fee.

For too long, children and their citizenship rights have not been respected. Whatever happens next, that must change.

O and A are represented Solange Valdez-Symonds, volunteer director of PRCBC and solicitor at Consonant. 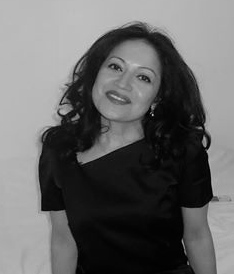 Solange Valdez-Symonds Volunteer Director, Project for the Registration of Children as British Citizens

Solange is PRCBC’s volunteer director. She works as a supervising solicitor for Consonant (formerly MRC).

Solange is PRCBC’s volunteer director. She works as a supervising solicitor for Consonant (formerly MRC). 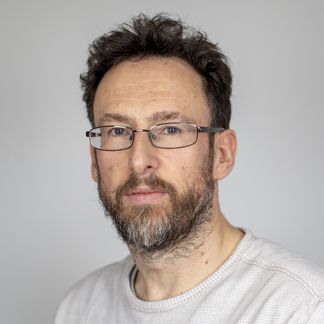 My areas of expertise include forced migration, and UK policy and practice on immigration, asylum and citizenship where I have extensive experience.

My areas of expertise include forced migration, and UK policy and practice on immigration, asylum and citizenship where I have extensive experience.