One in four people in the UK experience a mental health problem every year, whilst over 1.5 million people in the UK live with a learning disability. So what does this have to do with human rights and the General Election?

Over the last week, RightsInfo, in partnership with The Advocacy Project (TAP), has been publishing photo blogs written by individuals with learning disabilities and mental health problems. Today, on Election Day, we wanted to give you a little more background information…. Even more shockingly, during the 2014 local elections, a survey conducted by learning disability charity Mencap found that while as many as 70% of people with a learning disability wanted to vote, 17% said they were turned away from the polling station because of their disability. 60% of those surveyed also said that registering to vote was too hard.

This sentiment was echoed when we spoke to Robert, an employee at The Advocacy Project who also has a learning disability. He explained that some people who access the same services as him don’t vote because they don’t have enough funding for their support worker to accompany them to the polling station.

What are our voting rights? Kieran is an advocate for those with mental health problems voting. Image Credit: Jem Collins/RightsInfo

The right to participate in free and fair elections is enshrined in the Human Rights Convention. Article 3 of the First Protocol to the Convention says that the government must regularly hold elections ‘by secret ballot,’ so that the general public can determine the make-up of Parliament.

The UK is also a signatory to the UN Convention on Rights of Persons with Disabilities, which means that human rights for disabled people must be upheld. Article 29 outlines the rights of disabled people to participate in political life, by ‘Ensuring that voting procedures, facilities and materials are appropriate, accessible and easy to understand and use.’

While some people do not have the right to vote, the government can only restrict voting rights in circumstances where they can show that it is proportionate to do so. This means that residents of mental health hospitals are able to vote, and people with learning disabilities or mental health problems can ask for support when registering to vote. Likewise, adults with learning disabilities have the same right to vote as everyone else, as long as the decision regarding who to vote for is made by them and no one else.

How can we help people access their right to vote? Pandora – one of our Advocacy Project interviewees – pointed out that ‘It is essential if people are not to be deprived of their rights that voting should be all-inclusive.’ So what help is available for people with learning disabilities or mental health problems?

Voters with a learning disability are entitled to request help getting to the polling station, and once they are there. TAP’s Learning Disability User Involvement Team Leader Karen Ludford talked about some of the methods used to help adults with mental health problems and learning disabilities exercise their right to vote.

She explained that when TAP is working with adults with learning disabilities in the run up to an election, they use objects of reference to help people understand the issues and exercise their right to vote. She also explained the “vote train”, a system to ensure that everyone who wants to vote but doesn’t feel able to go alone is picked up and taken to their polling station.

But TAP staff member Robert, who himself lives with a learning disability, says that easy read manifestos are still not made readily available, which means that some people struggle to understand the policies of each political party. He adds:

“On the polling card we should have the different colours and logos of the political parties, to help you remember who you’re voting for. Pictures are very important to people with learning disabilities so that they know who their candidate is.”

Meanwhile, Kieran, who works for The Advocacy Project and spent time on a mental health ward as a young adult, talked about the lack of information on mental health wards. TAP’s Older People Advocacy Manager Sam Palmer-Canyellas told RightsInfo that in a bid to combat this, mental health wards have been encouraged to appoint a voting rights lead to help patients register to vote and discuss the manifestos.

The right to vote belongs to us all, so it’s important to make sure we empower everyone to be able to use it. People with mental health problems and learning disabilities are present in every constituency and community in this country. The right to free and fair elections is their human right. It’s also yours. Make sure you exercise it today.

This article is part of our accessibility and voting project. Want to know about this project and how you can get involved? 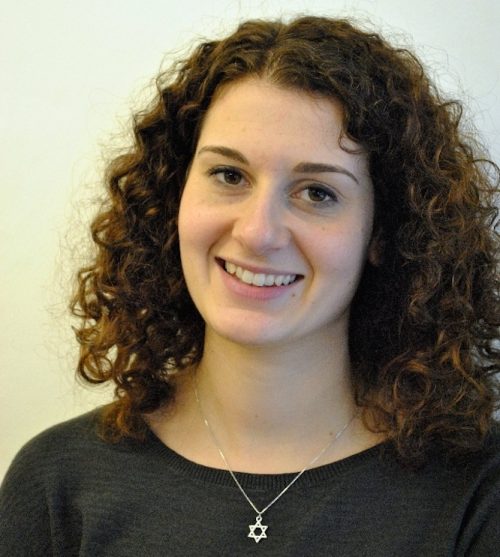 Abigail is the Partnerships Coordinator at RightsInfo. She has an MA in Holocaust Studies and has worked on community outreach programmes with other charitable organisations. In her spare time, Abigail is a support worker for children with learning disabilities.

Abigail is the Partnerships Coordinator at RightsInfo. She has an MA in Holocaust Studies and has worked on community outreach programmes with other charitable organisations. In her spare time, Abigail is a support worker for children with learning disabilities.