‘I Have A Job But I’m Homeless’: The Working Poor Who Can’t Afford To Rent

One in every 200 people in Britain is homeless – sleeping on the streets or stuck in temporary accommodation, including hostels and B&Bs, according to analysis from housing charity Shelter. But it might surprise you to know that despite not having a secure home, a small but significant proportion of people experiencing homelessness are in paid employment.

Getting a job is often presented as a solution to getting people off the streets. In a speech about tackling homelessness, former Prime Minister Theresa May said: “Dealing with homelessness… is about more than just accommodation… the key thing is ensuring people can be in work and can be earning and not find themselves in that situation.”

But work does not always offer a route out of poverty, and many people who are in work continue to face housing insecurity. Indeed, recent analysis from the housing charity Shelter found that 55percent of families in temporary accommodation are in work. And that this rise in “working homelessness” is being driven by a combination of expensive private rents, the ongoing freeze on housing benefit and a chronic lack of social housing. Our new research uncovers the experiences of 18 working people who were homeless, or at risk of homelessness in Wales.

We found that people lost their homes for a variety of reasons. These included eviction, relationship breakdowns and the ending of short-term tenancy agreements. They then struggled to afford the high upfront costs of starting a new tenancy, with deposits and letting-agency fees. And, being on low incomes, the people we spoke to were excluded from private rental properties.

One of the people in our study explains more:

We looked at various different properties, but they were all way out of budget for what we would have been entitled to on [Housing Benefit], well with my wages…If you’re a family on a low income…there’s not a lot in the private sector out here to work with.

Even where they could afford properties, many were discriminated against by landlords who would not accept tenants receiving Housing Benefit.

Another said: “Every time I phoned a letting agent they would just turn me away straight away. They turn around and say, ‘Actually you’re not able to have this property because you’ll be on Housing Benefit.’ [Even though] I’m working part-time.”

Interviewees spoke about how they found staying in work while facing homelessness very challenging.

One participant talked about struggling to be presentable, with nowhere to wash his clothes: “I was getting back – well, home to the field, stinking, smelling of rubbish, [and] I’ve got…nowhere to wash my clothes.”

Being in work could also limit people’s housing options, as finding affordable accommodation within travelling distance of their workplace was challenging:

We were offered temporary housing but they didn’t have anything [close enough to where I work]. I work in a care home where I do late shifts – I also work in a local pub and sometimes I don’t finish until 1 a.m. I can’t be walking to a couple of villages across and I can’t afford taxis.

Another person we spoke to explained how suitable accommodation wasn’t always an option: “When you’re working in a professional place and you’ve got to wear a shirt and tie to work with shoes and look ironed and pressed I don’t really want to [stay in a hostel].

“I don’t even know if the shoes are still going to be there in the morning.”

No Support for Those Facing Homelessness Many participants felt that they were on their own. And without other options, some alternated between sleeping rough, sofa-surfing, and sleeping in cars and caravans. Others moved into unsuitable accommodation:

We’ve actually found a house, even though I don’t think it’s suitable. It’s got no central heating in it and it’s got damp in it, my son’s got asthma.

One participant got into debt to access accommodation. While this got rid of the immediate threat of homelessness, they were now in a property they couldn’t afford:

It feels like I’m squatting in this flat…I’m constantly fighting the battles of my overdraft…I’m housed but financially I’m not in a good place…[but] I was in a situation where I didn’t have any options.

As our research highlights, being in employment isn’t a straightforward solution to homelessness. And if the UK is serious about ending homelessness then broader issues, such as low pay, insecure work and a lack of affordable housing need to be tackled. Without these changes, the problem is set to get worse. 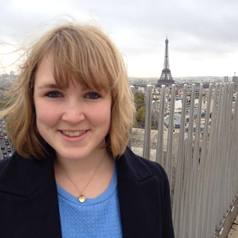 Katy is a Senior Research Associate in the Decent Work and Productivity Research Centre at Manchester Metropolitan University.

Katy is a Senior Research Associate in the Decent Work and Productivity Research Centre at Manchester Metropolitan University.