We talk to best-selling author and campaigner Jasvinder Sanghera about leaving school at 15, fleeing a forced marriage, and founding her award-winning charity Karma Nirvana.

Jasvinder Sanghera CBE is a best-selling author, campaigner, and survivor of forced marriage. Twenty-five years ago, she founded Karma Nirvana, a national award-winning charity aimed at supporting victims of honour-based abuse and forced marriage. In 2011, Jasvinder was named in the Guardian’s list of Top 100 Inspirational Women in the World, a few years after her memoir Shame became a Top 10 Sunday Times best-seller. Shame was described in Parliament as a “political weapon,” and influenced the enactment of the Forced Marriage Act. But, for Jasvinder, becoming a best-selling author was never something she envisaged.

“Writing wasn’t something I set out to do, it found me,” Jasvinder tells me. “I left school at 15 because my parents took me out of education and held me prisoner at home so that I would honour their promise of marrying a stranger in India. I said ‘yes,’ purely to plan my escape. I ran away from home at the age of 16 with no education what-so-ever. I didn’t read a book until I was 27. So to go from no education to reading to writing three books, one being a best seller is quite something to get your head around”.

“Karma Nirvana’ means ‘peace and enlightenment,” Jasvinder explains. Karma Nirvana’s intense lobbying resulted in the criminalisation of forced marriage in 2014. Today, the charity deals with thousands of affected men and women through it’s dedicated helpline. Despite her achievements, Jasvinder recognises that much remains to be done.

“What you’ll find about honour abuse and forced marriage is very often people say it’s part of the broader domestic violence agenda,” she says. “It doesn’t actually sit there equally. It’s still not mainstream and that’s the issue.” Jasvinder spoke to RightsInfo about resilience, fighting for her freedom and why changing the world is about giving back.

What led to the creation of Karma Nirvana?

Really, it was the death of my older sister Robina. Robina was taken out of school and force-married at 15. She suffered a horrific marriage. When you are disowned by your family, you don’t hear about anything – you hear it second hand, if at all. After someone told me, I rang home. My mother told me my sister had committed suicide. She told me it was better for my sister to have taken her life than to dishonour her family and divorce her husband.

I remember thinking that maybe my mother, losing her child in such a horrific way, will now open her arms and take me into her world. So, I said to her, ‘I’m coming to Derby.’ She said ‘don’t come, don’t show your face, but if you come, come when its dark and no-one will see your face.’ I thought on that day I’d spent 7 years missing my family, feeling I was the perpetrator and craving their acceptance as someone who had done something horrible by asserting her rights not to marry a stranger, to owning, in that split second, that actually, I was the victim, not the perpetrator. It would be the belief and value system that I go back to my father for. He came to England in the late 1950s. For anybody, leaving their home country to come to an alien country takes courage. Were it not for him having the courage to do that, I certainly wouldn’t have been able to be educated and achieve the things I have. My father always said ‘work hard, don’t expect anyone to give you anything for free.’ That was a work ethic he taught us from a very young age.

I also value my father’s resilience. Growing up, my parents would face racism, but my dad told me not to respond. I was shocked. He said we have to be grateful that we’re in this country. I know we’ve moved on since then but he was adapting and becoming more resilient in that space. Teaching that resilience and work ethic –  for me that was the biggest thing.

I can’t say my secondary education had any impact on me purely because of my experience at home. My mother would say ‘where you’re going you don’t need an education.’ Your were being conditioned to become a daughter-in-law.

When I went to do my A-Levels, and then into university at Derby, it was a whole new world and it shaped me. What it gave me more than anything was the confidence to speak, to have a voice. This was when I divorced my second husband because he was an abuser. I finally had the courage to stand up to him. Because I was educating myself, I was finding this voice which was becoming stronger and stronger and it made me feel more empowered.

My mother would say, where you’re going you don’t need an education.

I completed a degree in Social and Cultural Studies which enabled me to look into further areas I was interested in. I was raising children as well. I went into University with very little self-esteem. So the experience definitively gave me confidence. It made me believe in myself. Freedom isn’t something that was given to me. It was something I had to fight for. I don’t take it for granted.

So now, freedom for me has to be about being able to voice my opinions, being able to be comfortable in myself without regard for what other people think – because that’s how we’re brought up. It’s about being able to have that freedom of speech without fearing the repercussions of anyone, it’s really having the freedom to be me, whatever that may mean.

What do you fear the most in terms of human rights for the next generation?

For me, the biggest fear is that we don’t mobilise the younger generation to feel that they are part of the change. It frustrates me and it is a fear, as well, that they don’t own their power. Their voice is a valuable resource for effecting change. They are part of the solution, regardless of where they come from. I don’t see that activism anymore. I always say at Karma Nirvana, the way we’re going to shift things is to work with young people. That it’s the next generation we’ve really got to put our energy into. What right do you feel most lucky to have?

Freedom and independence. If someone removes your freedom, you’re going to be held a prisoner. Freedom for me isn’t just about physical freedom, it’s about being free in the mind as well. Because if you’re a prisoner to your thoughts then that is going to impact on your freedom and how you think of yourself. I truly am free in both regards now and that has taken a long time.

You have to have faith and faith means believing in what you don’t have yet. It means being driven. Ambition is about striving and believing in something enough that you’re willing to come out of your comfort zone to achieve it – whatever that might mean. It means giving up some things to achieve that outcome but having that balance as well. Ambition, for me, is about self-belief but equally about being genuine. Never forget where you’ve come from and keep that in your vision and ambition.

What’s your best ever memory?

It would be the birth of my first daughter Natasha. I was 19 ½ at the time. My family were not talking to me. I was severely depressed and missing my family terribly. This young person comes into the world and I remember looking down and thinking she now relies on me and wow – I’m going to be the mother that you should be to your child. She gave me so much hope. Her birth, that memory and that time, really lifted my spirit. It will always stay with me. How are you trying to change the world and impact human rights?

I think I’ve been trying to change it since I was 14! Changing the world is something I wish everyone would feel and own – it’s not something out of the reach of human beings.

Change in the world is about giving back

I do it by caring, I do it through the work of Karma Nirvana. In the first seven years, I did Karma Nirvana in a totally voluntary capacity. That was about giving. For me, change in the world is about giving back. It’s about caring less about yourself and more about the world. It can even be as simple as recycling, which is what I do. Anything to contribute to your environment. I give through sharing my story because I know by telling that story others will be impacted. But also, that they will speak to people who have been through and come out of the other end. Also, campaigning!

And, what’s the meaning of life?

For me, it becomes more and more important to recognise that you have a contribution to make as an individual, as a parent. It’s also about being purpose driven and recognising that you’re only somebody in relation to the difference you make.

Where you sit in old age will say a lot about what you did in your youth. It’s more than doing the organised stuff that you do, it’s what you make of it – and if you allow the barriers you create in your mind to become obstacles, you will learn less about life. 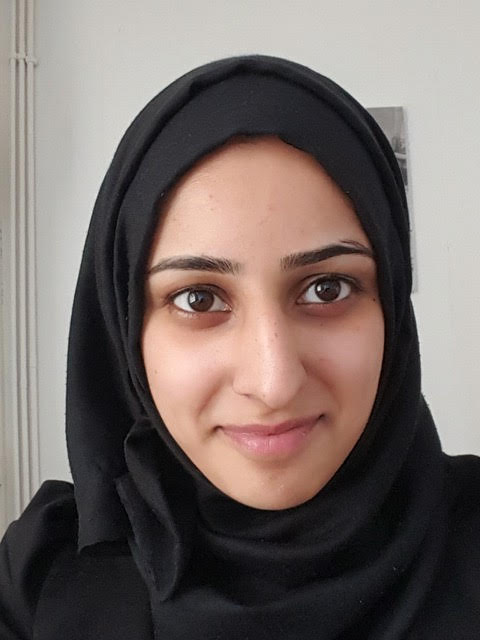