Is the UK Government About To Commit To Its Plan To Outlaw Gay Conversion Therapy?

A new bill to outlaw gay conversion therapy has been proposed at the House of Commons.

The backbench bill received a flood of support when it was brought to the table on Wednesday.

But with the government promising to outlaw the ‘cure’ therapy several times over the years, will it finally be time for the UK to officially outlaw the harmful practise and show their support for LGBT+ people?

The Counsellors and Psychotherapists (Regulation) Bill The backbench bill, proposed by Labour MP Geraint Davies, intends to cement the government’s pledge to ban the therapy.

The bill has received support from 22 cross-party MPs, including Sarah Champion, Jared O’Mara and Nigel Evans.

What Happens in Gay Cure Therapy? Gay ‘cure’ therapy, which is commonly known as gay conversion therapy, has been known to be carried out in several institutions across the UK.

The practise, which is carried out by those purporting to make an LGBT+ person straight, is also known as gay ‘cure’ therapy.

Facilitators carrying out the treatment have been known to use electric shock therapy, nausea-inducing drugs and other forms of torture to ‘rid’ a gay person of their sexuality.

Extremist Evangelical sects have been known to carry out the treatment, as well as individual therapists. Many people already believe that gay conversion therapy has been outlawed.

But Geraint Davies MP is one of the politicians who has been fighting for the practise to be outlawed since 2014.

Although he previously presented a Private Members’ Bill attempting to outlaw the treatment, it was not passed.

Davies hopes that this time, the government will stand up and take notice.

“I spoke to a constituent who suffered under damaging ‘treatment’ by an unregulated psychotherapist,” Davies told Rights Info.

“Unqualified people masquerading as clinicians have the power to cause enormous damage if they are not properly regulated, and this is clearly seen through the way that gay to straight conversion therapy causes LGBT people across the country to suffer.

This is the second time I am putting forward this bill because this injustice must stop, and it must stop now.” After the government revealed the results of its national LGBT+ survey – the largest survey of the community to date – they unveiled plans to outlaw the harmful practise.
However, Davies decided to file the bill because he wants to “force the government into action.”
“Being LGBT is not a medical condition which needs treatment nor a psychological flaw in need of correction,” he said in a statement.
“We should be free to discover and rejoice in who we are, not face oppression from those who would impose their narrow view of the world in what is now a form of legalised violence that the Tory Government has repeatedly ignored.

“My bill will give the opportunity to fast-track this legislation and to make sure this is not yet more empty words from the Government.” Minister for Women and Equalities Penny Mordaunt has previously voiced her support to outlaw gay ‘cure’ therapy.
“Everyone in this country should feel safe and happy to be who they are, and to love who they love, without judgment or fear,” Minister for Women and Equalities Penny Mordaunt said.
“It’s unacceptable that people feel they cannot hold hands with their partner in public, and that they are unable to walk down the street without fear of abuse. It is also deeply worrying that LGBT people experience difficulty accessing public services such as health care, and that so many are being offered the abhorrent practice of conversion therapy.”
Ruth Hunt, chief executive of the British LGBT rights group Stonewall, greeted the government’s pledge as “an important first step” but added that it needs to lead to “tangible change.”
“Some people will be shocked by the findings. But for anyone who is LGBT, or has a family member or friend who is, these results will be sadly recognizable,” she said in a statement.
“Laws have improved and attitudes have changed but our society still treats LGBT people like second-class citizens.” 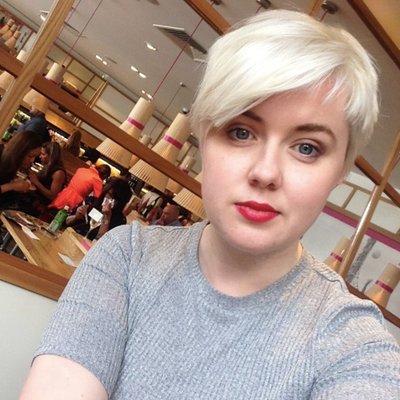