People accused of minor criminal offences are increasingly being convicted without entering a plea under a little-known procedure intended to save the courts time and money. Injustices are likely for as long as these fast-track court proceedings remain a “secret system”, writes Hojol Uddin at JMW Solicitors.

Around two-thirds of defendants sent notices for minor offences under the single justice procedure (SJP) never enter a plea, according to Ministry of Justice figures obtained by The Guardian. A document released by the MoJ this year also highlights a “sharp increase in the percentage of defendants who enter no plea” in summary non-motoring offences since SJP notices were introduced in 2015.

“This is a serious process regarding a criminal offence, but as the system may appear to be administrative rather than judicial, people may not realise the importance of responding and thus risk ending up with a criminal conviction without entering a plea,” John Bache of the Magistrates Association warned last month.

“There is an additional risk that if the whole process is done without a hearing, individuals may not fully appreciate its implications,” he added.

So, What Is The Single Justice Procedure? The SJP was introduced under the Criminal Justice and Courts Act 2015. It enables cases involving adults charged with summary-only, non-imprisonable offences – in other words, the least serious – to be swiftly dealt with on paper by a single magistrate and a legal adviser, without a prosecutor or defendant needing to attend in person. Rather, the defendant can engage with the court online or in writing.

A SJP notice has to be sent to the defendant explaining the offence that is giving rise to the proceedings and the options available, which are usually to plead guilty or not guilty and to request a court hearing.

Defendants are given 21 days to respond to a notice from the date it was posted. Failure to do so means that a magistrate will go ahead and make a decision on their case – meaning defendants could be convicted or fined in their absence, without their knowledge.

In such a case, defendants might only be made aware of the conviction when they receive notification that proceedings have been dealt with in their absence – such as through a court summons or requisition form. Since the new procedure came into force in 2015, there have been reported cases of people being convicted without their knowledge under SJP. One women interviewed by The Guardian, who wished to remain anonymous, said she was wrongly sent a TV licence notice but had moved house and it was never forwarded.

“It’s horrible to find you have a conviction and didn’t know about it,” she said. It took several years to have the conviction quashed.

Problems can also arise when courts, for whatever reason, fail to receive paperwork submitted by a defendant online or by post – but proceeding go ahead anyway.

I’ve handled cases where people have been disqualified from driving in their absence and then – unaware of their driving ban – have subsequently been arrested for driving whilst disqualified. This is a serious offence and can carry severe penalties, including six penalty points, a fine of up to £5,000 and even imprisonment for up to six months.

Another area of confusion is where SJP notices are being sent out by police, rather than the courts. Someone unfamiliar with these documents could confuse them with a notice of intended prosecution (NIP). Police traditionally use NIPs to request drivers’ information following traffic offences and there are different requirements for those responding to them to consider. Then, after the horrors of World War II, the Universal Declaration of Human Rights recognised the fundamental rights of human beings, including the right to a “fair and public hearing by an independent and impartial tribunal”.

Since 1953, we have had Article 6 of the European Convention on Human Rights, which was given effect in UK law in 2000 by the Human Rights Act. This gives everyone the right, in the determination of criminal charges, to a “fair and public hearing” which, among other things, is open to the public and gives you all relevant information.

As highlighted by the Magistrates Association – the drive for efficiency through using SJP risks eroding these principles.

“One of the fundamental principles of the justice system is that justice is not just done but is also seen to be done, and it is essential that openness and transparency are not compromised,” Mr Bache has said. “How the [SJP] can be opened to public scrutiny must be addressed, particularly as we head towards further digitisation of the court process.”

How Do We Solve The Confusion?

The SJP was brought in to streamline the process of criminal justice and speed it up. But it is causing numerous issues with some defendants having to go back to court reopen their case and start afresh, after having been convicted without their knowledge.

While this procedure does save time for the court, on the whole, it is resulting in injustice to individuals who are not familiar with proceedings. Until the procedure is made absolutely clear, SJP will remain a secret system susceptible to injustice. 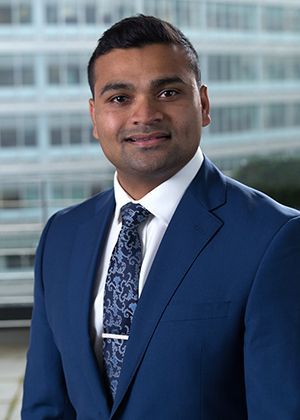 Hojol Uddin Head of Motoring JMW Solicitors
Visions / 17 Mar 2022 Should Access To The Internet Be A Human Right?
Equality / 16 May 2022 What's New In Human Rights In Scotland? EachOther Is!
Disability / 13 May 2022 Repeat Safety Failures In A Mental Health Unit Contributed To A Man's Death
Discrimination / 12 May 2022 Homeless People Sleeping In Cars Or Tents Could Be 'Committing' A Criminal Offence
Institutions / 11 May 2022 The Government's Proposed Bill Of Rights Is A 'Power Grab'