By Daniel Silverstone, Director of the School of Justice Studies, Liverpool John Moores University 31 Oct 2019
The bodies of 39 Vietnamese migrants were found in a lorry container in Essex in October this year. Credit: Channel 4 / Youtube.

As the painstaking work to identify the bodies of 39 people found in a container in Essex, south-east England, continues, it’s become an agonising wait for the families of Vietnamese migrants who believe their loved ones may have died. After the police initially identified them as Chinese, it now seems likely that many were Vietnamese.

I’ve been researching the issue of smuggling and trafficking of people from Vietnam to the UK for the past ten years and have observed British government efforts on several fronts – both in the UK and Vietnam – to reduce the prospect of a tragedy such as this occurring.

The UK allocated £481m of general bilateral aid funding to Vietnam between 2001 and 2015. Since 2015, the British government has continued to invest tens of millions in anti-trafficking projects there, such as building shelters for trafficked victims who have returned to Vietnam, as well providing anti-trafficking training and resources to Vietnamese law enforcement.

Continued efforts have improved law enforcement cooperation between the UK and Vietnam. This culminated in late 2018 with the signature of a Memorandum of Understanding on human trafficking that allowed for greater collaboration around intelligence sharing, supporting victims and prevention work.

But operating in Vietnam is difficult for the British government. Preventing migration to the UK is not a priority for the Vietnamese government, and they are also faced with people trafficking into China, Malaysia and Thailand.

For many migrants, the first move from Vietnam on the journey is via a Russian visa where the UK is powerless to intercede. Vietnamese law enforcement agencies are also complicated partners. This was demonstrated by the 2017 kidnapping of Trinh Xuan Thanh, a Vietnamese businessman claiming asylum in Germany, who the German government accused the Vietnamese state of kidnapping. Tanh was sentenced to life imprisonment in Vietnam in 2018.

Vietnam also still uses the death penalty and, while improving, there are issues of police corruption to contend with.

What Has Been Tried In The UK One common destination for Vietnamese migrants who arrive in the UK is cannabis cultivation farms. Since the Modern Day Slavery Act was passed in 2015, there has been a step change in the way these Vietnamese migrants are routinely treated by the police and the Crown Prosecution Service. Before then, if found cultivating cannabis they were routinely arrested and prosecuted – regardless of the circumstances. Now, Section 45 of the Modern Day Slavery Act provides explicit legal protection for those caught cultivating cannabis, whether adults or children, if they are being compelled to work in this environment. Still, this change is not always implemented and does not yet apply in Scotland.

The Modern Day Slavery Act led to the creation of the role of the Independent Anti-Slavery Commissioner, and the first commissioner Kevin Hyland took a personal interest in Vietnam, visiting the country in 2015. He also commissioned me to do research on the issue, detailing the types of routes Vietnamese people use to get to the UK.

Alongside these efforts – and often running contrary to them – has been the government’s “hostile” (now “compliant”) environment immigration policy, aimed at making life difficult for people without permission to remain in the UK. This included a series of measures contained within the immigration acts of 2014 and 2016. Most relevant to the Vietnamese were the introduction of stronger criminal sanctions to deter illegal working, targeted at both employers and employees. The hostile environment has resulted in lots of raids on Vietnamese-owned premises and deportations to Vietnam. Some of those convicted of growing cannabis have also been deported back to Vietnam.

Yet according the National Referral Mechanism, the UK’s tool used to determine whether someone is a victim of trafficking or not, Vietnamese are still the third most commonly trafficked group.

Despite this, too many of the UK’s efforts in Vietnam have been badged under anti-trafficking measures. But the reality, as my research and interviews with Vietnamese migrants and law enforcement officials has shown, is that much of the migration is economic in nature.

Migration from Vietnam not only continues, but people are migrating from new areas. Whereas the majority of migration was from the northern provinces of Hai Phong and Quảng Ninh, migrants are now also coming from provinces in central Vietnam, including Nghệ An, Quảng Bình and Hà Tĩnh.

This means that further promotion of the International Migration Organisation’s “safe migration” message, specifically targeted at high-risk communities, may be more effective in reducing the relative attractiveness of going to the UK than focusing on the risks of trafficking. While this would be far from simple to instigate – and would need to happen at the provincial level in Vietnam – the UK has built up some effective relationships at the national and provincial level that could help.

In the UK, despite the government’s efforts, the exploitation of Vietnamese migrants continues. It’s still possible to earn enough in irregular employment in the UK, often in nail bars, restaurants or cannabis cultivation to make the journey worthwhile. Earnings can range from £300 to thousands per week, while journey costs vary from £10,000 to £30,000, depending on the route.

The solutions, in the UK at least, are political. One option is to further reinforce efforts around the compliant environment. Notwithstanding the human costs recently epitomised in the Windrush scandal, this would need an enormous investment in immigration and border enforcement. This approach is impractical and unaffordable.

This is because, as it stands – according to a recent inspection report by the Independent Chief Inspector of Borders and immigration – many ports remain unvisited by the UK Border Force. In 2015, the Illegal Working Steering Group chaired by the immigration enforcement director of operations noted in an internal report that “the size of the illegal working problem is greater than our capacity to enforce it through traditional arrest activity”. Even to visit the estimated illegal businesses with their current resources would take “29-37 years”, the report said.

An alternative approach would be to reform the laws around cannabis and potentially to legalise it, a policy platform of the Liberal Democrats. This might reduce the lucrativeness of working in the UK and put it more in line with other European countries, which the Vietnamese currently pass through.

Whatever the political decisions taken from here, what’s needed is a sustained engagement with Vietnamese communities, both within the UK and in Vietnam. They are best placed to advise on changing migration trends and in crafting the appropriate messages to future migrants. 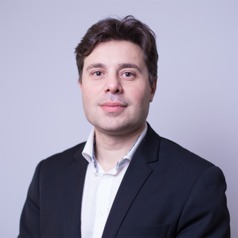 Daniel Silverstone Director of the School of Justice Studies, Liverpool John Moores University
Visions / 17 Mar 2022 Should Access To The Internet Be A Human Right?
Institutions / 17 May 2022 More Needs To Be Done To Uphold Freedom Of Information In Scotland
Equality / 16 May 2022 What's New In Human Rights In Scotland? EachOther Is!
Disability / 13 May 2022 Repeat Safety Failures In A Mental Health Unit Contributed To A Man's Death
Discrimination / 12 May 2022 Homeless People Sleeping In Cars Or Tents Could Be 'Committing' A Criminal Offence