Homeless: More Than A Third Leaving Prison Say They Have Nowhere To Go

Imagine for a moment you’re being released from prison after a 12-month sentence for theft. You’re clean and off drugs. It’s been tough, but you’re looking forward to starting a new life.

You leave prison and head to the nearest probation service to find out where you’re going to live. Only to find out there’s nowhere for you to go.

And you’ll be spending your first night out of a cell on the streets, with only your clothes from prison to keep you warm.

In 2018, 320,000 people were recorded as homeless in Britain, according to analysis from housing charity Shelter. This is a rise of 13,000, or four percent, on figures from 2017, and equivalent to 36 new people becoming homeless every day.

This means one in every 200 people in Britain is homeless – sleeping on the streets, or stuck in temporary accommodation including hostels and B&Bs.

Compounding this figure is the number of people released from prison who go straight from a cell to sleeping rough. In a survey published by the Ministry of Justice in 2012, 15 percent of prisoners reported being homeless when they were sentenced, with nine percent sleeping rough. At the point of release, 37 percent of former prisoners reported having nowhere to live. This figure is particularly worrying given that two-thirds of prisoners who identify as homeless will reoffend within a year of release.

There are several reasons why so many people are homeless upon release from prison, but most of them are to do with a system that is failing some of the most vulnerable people. Many lose their accommodation due to rent arrears – because terminating a tenancy is often not top priority when you’ve just been sent to prison.

This can then make it difficult for former prisoners to get access to housing upon their release as they are deemed intentionally homeless as a result of rent arrears. And as the figures above show, many may be homeless or in temporary accommodation already. Our recent research was undertaken as part of a national programme to transform the lives of adults with complex needs – including homelessness, mental ill-health, substance misuse and offending – and explored how people’s progress had been impeded by a prison sentence.

Respondents reported that prison exacerbated their complex needs. It exposed them to bullying, violence, abuse, self-harm, and suicide. They also said that it revived memories of trauma, reinforced drug problems, and worsened their mental health. Many also described chaotic discharge arrangements and they often had no place to go after leaving prison.

In many cases respondents only heard of their planned release on the day of discharge, giving no chance for them to find accommodation. Several described being released to “no fixed abode” and how they ended up sleeping rough.

The former prisoners we spoke to also explained how they didn’t realise that being a resident in a local prison did not earn them a “local connection” under homelessness legislation. This means that they were not considered to be entitled to help from the local authority for that area. In many cases, it only gave them a travel warrant back to the place, and the criminal networks, they were wanting to escape.

One respondent described how the only way to avoid sleeping rough was to fund his B&B accommodation by reverting to the very drug dealing that had earned him a prison sentence in the first place. There is hope, though, that the Homelessness Reduction Act which came into place in 2018 might help to tackle the situation. This legislation obliges local authorities to provide help in finding accommodation for all homeless people whether they have a local connection or not.

It also requires public bodies like prisons to warn local authorities when they are about to make someone homeless. The hope is that this will allow time for suitable accommodation to be found for people to avoid them having to sleep on the streets.

Our own research has also shown that for former prisoners, having a support worker can make a key difference to the likelihood of successful rehabilitation. This should be someone who works with prisoners before they are released to arrange housing and other services. And can meet them when they leave prison and escort them to prearranged accommodation and appointments if necessary.

Basically, this is about having someone there, who is able to help former prisoners to reintegrate and prevent their return to criminal lifestyles. And given that two-thirds of short-term prisoners reoffend within a year of getting out, it seems that such measures to end, what prison reform charity The Howard League calls the “merry-go-round” – where people are “swept into prison and then dumped back on to the streets” – cannot come quickly enough. 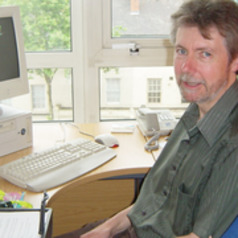 Graham Bowpitt Reader in Social Policy, Nottingham Trent University
Visions / 17 Mar 2022 Should Access To The Internet Be A Human Right?
Equality / 16 May 2022 What's New In Human Rights In Scotland? EachOther Is!
Disability / 13 May 2022 Repeat Safety Failures In A Mental Health Unit Contributed To A Man's Death
Discrimination / 12 May 2022 Homeless People Sleeping In Cars Or Tents Could Be 'Committing' A Criminal Offence
Institutions / 11 May 2022 The Government's Proposed Bill Of Rights Is A 'Power Grab'