A man who says his dentist refused to see him because of his HIV status is now crowdfunding a legal challenge under the Equality Act.

Mark*, who was diagnosed in 2012, told RightsInfo that his initial reaction of “disappointment” soon turned to “anger” after being told, in front of other patients, he could only be seen at the end of the working day.

“I was diagnosed in 2012 and really I live a normal life,” he explained. “I don’t let anything bother me, but I guess that it was the first time I’ve been discriminated against. I was a bit in shock, to be honest, and it’s only around the corner from where I live.”

‘It’s the First Time I’ve Been Discriminated Against” Mark says he had gone to register at a new practice in Northampton in January 2017 and filled out the required medical forms but was then “called around the corner by the dental nurse”.

“I was basically told because I’d declared that I had HIV, they wouldn’t be able to see me until the last appointment of the day, because it was their practice policy.

The fact that they did it in an open corridor as well, rather than take me into a room… I was in shock.

“I work in logistics and if I have a policy in place it has to be a written document. I’ve asked them for this policy but they’ve been unable to provide me with it.

“The fact that they did it, in an open corridor as well, rather than take me into a room, wasn’t very confidential. You can’t go around treating people like that,” he added, explaining his diagnosis was overheard by strangers. During the past year, Mark has successfully upheld a complaint with NHS England that the practice is unlawful and discriminatory, but is now bringing a challenge under the Equality Act 2010.

The Equality Act specifically protects people with HIV from discrimination when accessing healthcare, saying they cannot be refused treatment due to their condition.

After initially being forced to represent himself, the 34-year-old is now working with Lorna Barron of Deighton Pierce Glynn in a bid to help tackle the stigma around HIV.

“The Equality Act 2010 makes it unlawful to discriminate against anyone with one of the nine protected characteristics under the Act,” adds Lorna. “People living with HIV are automatically protected against disability discrimination, without having to prove that it has a substantial and long-term effect on their day-to-day activities.”

It’s been quite stressful and playing on my mind, at times it’s been very hard

“It has been quite stressful and playing on my mind, at times it’s been very hard,” he explained.

“I hope, in the first instance, my dentist won’t ever try this again with another patient but I’m hoping in the wider sector there might be a message sent out there – it should be universal standards for all.”

Protection From the Equality Act 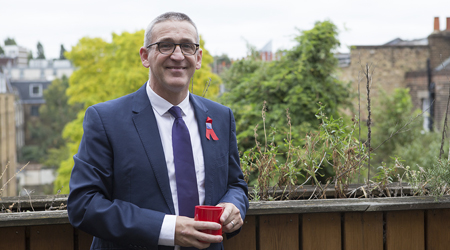 The Terrence Higgins Trust, a charity which supports those living with HIV, states that dental care is especially important for people diagnosed with the condition, as it can put them at a higher risk of oral problems.

However, they stress that there are no reasons why someone should be treated differently while at the dentist, as standard sterilisation procedures are designed to prevent the spread of all infectious diseases.

In a statement to RightsInfo, Ian Green, Chief Executive of the charity added: “It’s both shocking and sad that cases like these are still not uncommon within medical settings, and it’s crucial that we continue to challenge them to combat stigma, to ensure people living with HIV don’t experience unfair treatment when accessing services.

“We absolutely support this case, and all efforts to ensure that people living with HIV are treated equally, with dignity and respect when visiting the dentist or taking part in any other kind of medical procedure.”

Mark must now raise £4,000 by March 23 to allow his solicitors to agree to stay his case so that is not struck out, as well as to negotiate with the dentist’s solicitors and pay any court fees.

So far, he’s already raised more than a quarter of his target, and has pledged to donate any surplus to the Access to Justice Foundation to help avoid others being forced to represent themselves in court.

You can see more details of Mark’s story on his crowdfunder page.