The government’s decision to approve the multi-billion pound expansion of Heathrow Airport is facing a fresh legal challenge from environmentalists who argue it violates children’s rights.

The Mayor of London, local authorities and environmental NGOs are presenting their cases against the construction of a third runway during a five-day hearing at the Court of Appeal set to finish on Friday (25 October).

It comes after the High Court ruled in spring this year that plans to build a third runway at Heathrow were lawful.

This appeal features an intervention from the World Wildlife Fund (WWF) who will for the first time make the case that the development plans violate the rights of future generations.

The appeal court’s ruling, expected in December this year, could have far-reaching implications for other airport development plans across the country, and possibly other infrastructure proposals.

This case comes after 16-year-old climate activists Greta Thunberg, along with 15 other children, filed a landmark complaint to the United Nations Committee of the Rights of the Child last month over UN member states’ inaction on climate change.

So, What’s This Case About?

Talks over the expansion of Heathrow Airport have been ongoing for more than 16 years. The project would put more than 700 additional planes in the air every day from 2026.

The Cabinet approved the plans in 2018, despite sustained opposition from environmentalists and London councils who could be affected by the changes – citing noise, pollution, health and environmental concerns. In written submissions, the WWF argues that the government failed to take children’s rights into account when it assessed the merits of the expansion scheme – and that the High Court has failed to properly interpret “sustainable development” as set out in the Planning Act (2008).

According to the WWF, the increase in emissions associated with Heathrow expansion breaches the rights of children under Article 3 of the UN Convention on the Rights of the Child (UNCRC), which the UK ratified in 1991. Article 3 requires that “in all actions concerning children … the best interests of the child shall be a primary consideration”.

Ordinarily, the UNCRC is not enforceable in the UK as it has not been enshrined in domestic law. But the WWF argues that the UK’s interpretation of “sustainable development”, an “international law concept”, in the Planning Act must be compatible with international law.

There is “no evidence” the business secretary took Article 3 of the UNCRC into account when making his decision to approve expansion, the WWF says.

What Are The Implications?

Whatever the court’s decision, its response to the WWF’s intervention will set an important precedent.

The implications for environmental and anti-development campaigns could potentially be enormous. If the appeal against the decision is won, then a precedent will have been set in British law that future emissions from development plans, can be viewed as violating the rights of children and unborn generations.

The decision could have implications for campaigns against the proposals to expand Luton with a second terminal, and to increase passenger numbers by the millions at Doncaster Sheffield Airport and Southampton Airport, among others. 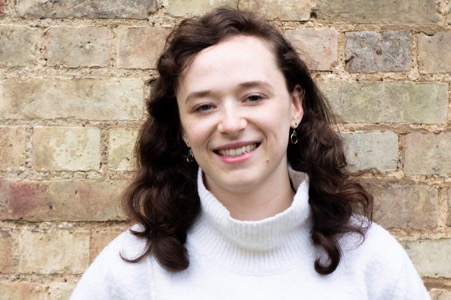