Democracy In Danger: Why Electoral Law Reform Must Be Prioritised

The need to update, consolidate, and simplify our electoral laws is becoming increasingly apparent. In the last week alone, major news items have included the Conservative Party’s promotion of a “doctored” video of Shadow Brexit Secretary Sir Keir Starmer, Twitter’s moratorium on political advertising, and the government’s refusal to publish an intelligence report into Russian covert action in the UK.

Our electoral laws are not fit for purpose. The current system has been described as “complex, voluminous and fragmented”, and fails to reflect the realities of political campaigning in the 21st century. The legal framework spans some 55 separate Acts of Parliament and 227 other pieces of legislation, while the last significant piece of electoral legislation – the Political Parties, Elections and Referendums Act (PPERA) – was passed in 2000, predating the advent of social media and digital technology.

But although the law may be ambiguous, the calls for change are not. The threats posed by the current legislative blind spots are numerous, and have been comprehensively documented. Several reports have been commissioned in recent years, including the Law Commission’s interim joint report in 2016, the Electoral Commission’s publication on digital campaigning in 2018 and the Digital, Culture, Media and Sport Select Committee’s “Online Harms” White Paper in July this year.

Most recently, the Public Administration and Constitutional Affairs Committee (PACAC) published their findings after six months of consultation, concluding that electoral law reform “should be regarded by the government as a pressing priority”.

What Are The Problems? Digital campaign materials with no imprint

Whenever printed election material is made, it must contain details (known as an ‘imprint’) about who is responsible for the production of that material. However, these imprint requirements do not apply to materials generated and distributed online, which allows misinformation to be spread without identifying the producer.

Targeted advertisements can be used on social media to, with great precision, target different audience groups with variable messaging depending on the particular characteristics of the group. Individuals may not be aware that they are being targeted or that their data is being collected and exploited by private tech companies, as happened with Cambridge Analytica.

Spending caps exist in order to level the campaigning playing field. However, there is currently no requirement for parties to report a breakdown of their spending on social media and, as such, funds can be channelled into targeted advertising in marginal seats whilst costs are attributed to the national campaign.  This can warp spending limits enormously, and individual candidate spending limits are as low as £12,000, compared to the national campaign budgets of £19.5 million.

Moreover, foreign-funded messages are virtually impossible to distinguish from domestically funded ones. The organisation 89up provided research to the Digital, Culture, Media and Sport Select Committee, concluding that pro-Leave online material generated from Kremlin-backed channels RT and Sputnik during the 2016 referendum campaign was worth up to £4.1 million.

Fines are lenient, and reporting requirements too leisurely

The maximum fine that the Electoral Commission can impose is £20,000. This is simply accepted by campaigns as “a cost of doing business”, and so fails to deter abuse of electoral rules. It is also sufficient under the current rules for political campaigns to declare their spending months after elections which delays the scrutiny processes.

Challenging elections is too costly

At the moment, an election petition – a form of private legal action – is the only means by which an election can be challenged. However, the costs of bringing an election petition can be enormous, almost to the point of being prohibitive. There is a very real risk that, where there are allegations of corrupt and illegal practices, challenges will not be brought because the risks and costs are too great.

Why Does Electoral Law Matter?

In its current incarnation, electoral law is incoherent and confusing, falling far short of constitutional standards. According to the PACAC report, this is true for both the lay person and those running elections – with many professional party compliance teams struggling to understand their obligations.

Fundamentally, the legal loopholes which are available for exploitation threaten the integrity of UK elections. Lisa-Maria Neudert from the Oxford Technology and Elections Commission notes there is growing recognition that “manipulation and propaganda which was only thought to happen in authoritarian regimes can happen in democracies like the UK”.

It is essential that voters are able to have confidence that elections are carried out both fairly and lawfully but – at the moment – the two are not concordant.

So What Is Being Done?

The short answer is not much. Much like the development of electoral law itself, reform has been piecemeal and moving at glacial speed whilst failing to address the most pressing of issues. The government finally announced in May this year that online election material must include imprints, something the Electoral Commission has been advocating for more than 16 years.

However, this crucial reform has not been implemented in time for the 12 December general election. The government has also focused on plans to introduce voter identification by 2022, as laid out in the Queen’s Speech. Critics have likened this to using a “sledgehammer to crack a nut” and, most importantly, this is not a priority in terms of electoral reform. There is “no evidence that this form of electoral fraud is a serious problem in British elections”, according to Dr Toby S. James of the University of East Anglia.

It has also been suggested that as many as 3.5 million people without any form of photo identification could be disenfranchised as a result of proposed voter ID measures.

Reluctance to adequately respond to calls for reform is indefensible when the evidence is overwhelming and the solutions are numerous. The next government must act with the urgency that this issue demands before the damage to the integrity of UK elections renders an election result invalid. 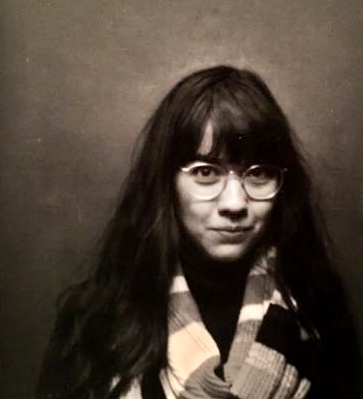 Eleanor was called to the Bar in 2019 and will begin practice at a criminal defence chambers in 2020. She previously worked across strategic litigation, policy and research, from assisting with death penalty appeals in the US, to challenging human rights abuses in counter-terrorism strategies and campaigning for policy changes to help end the ‘revolving door’ of crisis and crime. She holds a Law degree from the University of Cambridge and an MSc in Criminal Justice Policy from the LSE.

Eleanor was called to the Bar in 2019 and will begin practice at a criminal defence chambers in 2020. She previously worked across strategic litigation, policy and research, from assisting with death penalty appeals in the US, to challenging human rights abuses in counter-terrorism strategies and campaigning for policy changes to help end the ‘revolving door’ of crisis and crime. She holds a Law degree from the University of Cambridge and an MSc in Criminal Justice Policy from the LSE.