Extinction Rebellion: What Next For ‘Disruption Tactics’ After Canning Town?

Climate campaign group Extinction Rebellion (XR) received intense criticism after enraged commuters in east London dragged activists from atop a Tube carriage during rush hour. Katie Tarrant speaks to Zion Lights, editor of XR’s Hourglass magazine, to find out what can be learned from this episode – which senior figures in the movement now admit was a “mistake”.

On Thursday (17 October), two days before their Autumn Uprising was scheduled to come to a close, XR made headlines for a move which intensely split supporters.

A small group of protesters stood on top of Tube carriages in Stratford, Canning Town, and Shadwell – all historically working-class and ethnically diverse areas of east London – preventing platforms full of commuters from getting to work. In a viral video of the incident, one bystander can be heard shouting: “I have to get to work too – I have to feed my kids.” At Canning Town station, members of the public took justice into their own hands and dragged protesters from the roof.

Shocking moment angry commuters drag two #ExtinctionRebellion protestors off the top of a train in Canning Town and attack them. pic.twitter.com/EZAMa9tT2t

There is a growing consensus that we could have as little as 18 months to take decisive action against global heating, so it is unsurprising that a majority of the public are labelling climate destruction as the “most important issue” facing our times, as shown by a poll conducted across eight countries by Hope Not Hate.

With XR’s two-week Autumn Uprising having now reached its conclusion, it is a crucial time for the movement to reflect on its methods of addressing this crisis. Climate models are indicating that areas of London will go underwater, so if people are that reliant on the Tube, what will happen when it doesn’t work?

What Are XR's Demands?

Extinction Rebellion has three demands: that the government “tell the truth” and declare an ecological climate emergency; that it adopts a target of zero carbon by 2025; and for the creation of a citizens’ assembly to decide future policy on the environment.

When protests began on 7 October, XR’s “disruption” tactics targeted Westminster and converged on six government departments, as seems coherent with the group’s calls for the government to take action.

But targeting east London commuters does not seem logically conducive to achieving their demands. MPs and CEOs of companies in the most polluting industries are most likely not catching trains in working-class east London, are they?

Zion Lights, editor of XR’s newspaper Hourglass, was among 73% of XR activists who voted against Thursday’s action in Canning Town station, which was carried out by a fringe affinity group of six people.

“I think we should apologise and distance ourselves from that action,” she told EachOther.  But, explaining XR’s reasons for targeting the Tube in general, she said it shows “how easily things can fall apart – climate models are indicating that areas of London will go underwater, so if people are that reliant on the Tube, what will happen when it doesn’t work?”

“Over the last two weeks we protested outside Downing Street, the Ministry of Justice, the BBC, the Bank of England… Too many actions to recount, but they barely made the news. When a small group did the same DLR action back in April, that news went global. And so it was again… Just remember that these people care very deeply for the health of the planet and the safety of their children.”

However, the controversy strikes deeper than placing methods and demands at loggerheads, with action not seeming to target those crucial to achieving their aims. The disruption-as-metaphor notion becomes unfavourably ironic when protests disadvantage those who will suffer first and most at the hands of climate breakdown – which will be the case if XR continue to target working-class areas of London.

In June, UN special rapporteur Philip Alston told EachOther that “in the UK, as elsewhere, the poor will suffer by far the most” as a result of the climate crisis. It may be that this widespread disruption is a metaphor for the reality we could soon face due to the decline of the planet. But that doesn’t change the fact that ordinary people need to work and earn their livelihood.

Is It Responsible To Idolise Being Arrested? The arrest of more than 1,800 XR activists in London has raised questions about the group’s inclusiveness. Should the group idolise being arrested as the greatest “sacrifice” when this is simply not viable for black and minority ethnic (BME) and working-class members – groups at risk of harsher treatment and lacking access to legal advice and support?

The notion of XR being out-of-touch with the BME groups has been compounded by instances like activists delivering flowers to Brixton police station, where at least three young black men have died in custody. Over the weekend, XR activists in Scotland released a statement distancing themselves from this gesture.

This sacrifice of being arrested has been justified by figureheads of the movement such as Guardian columnist and climate activist George Monbiot, who defends the “controversial” tactic as “the only real power climate protesters have.” Pointing to its “effective[ness]” for democracy and rights movements of the past, he says he has a “moral duty to use [his] privilege”.

Also, if XR continue to adopt a tactic of major disruption, how can they ensure that action does not disadvantage anyone but decision-makers and key contributors? Neither the group nor the planet cannot afford to alienate people from the cause.

Human rights and laws are constantly evolving to keep up with new eras of social change and acceptance. Should the right to protest now come with a new set of responsibilities in a movement where people are fighting not only for every human alive, but for the planet? What I will say though is that we are well aware that structural oppression and inequality is a societal issue and that XR is not somehow immune from it. What we want to do it work out how to unpick it.

Zion suggested to EachOther that it’s a “minority of people who ‘idolise’ arrests”, and explained that many members take responsibility to make sure that all volunteer roles are “generally recognised” as “equal”. However, as a woman of colour herself and the daughter of migrants, she acknowledged the issue of racial imbalance as applicable to the green movement as a whole.

“Last week, at a journalism conference a woman of colour told me that we should platform diverse voices more,” she said. But women of colour spokespeople who we have put forward have had death threats and awful trolling comments.

“It’s hurtful and requires serious resilience, which many marginalised groups simply don’t have. I have also been recognised from TV, which worries me at times. So, I am hesitant to agree that we should platform these speakers just to appear less visibly white – there is a rise of fascism in this country and putting them in the firing line is not right.

“What I will say though is that we are well aware that structural oppression and inequality is a societal issue and that XR is not somehow immune from it. What we want to do it work out how to unpick it.” With the structure XR currently has in place, it may be impossible to ensure such conditional responsibilities are fulfilled. XR defends their “‘post-consensus organisation” as an “important part of what has made us such a dynamic, fast-growing and vibrant movement”, but ultimately it means that disagreeable action can be placed under the banner of XR.

Not everyone in the movement is in favour of the current organisation of the movement, Lights told EachOther.

“We are in constant talks about issues like this,” she said. “In all honestly, the movement has grown so rapidly, so unexpectedly, that it’s often a case of learning from mistakes and laying foundations after the fact. Remember that we are all volunteers!”

The Hourglass editor suggested that some kind of structure may be needed to approve actions, but worries that it would be difficult, time-consuming, and potentially “draconian.”

Campaigning for governmental action to reduce climate breakdown requires unity, and – after the events of Thursday – the movement seems currently to be causing confusion and apathy. 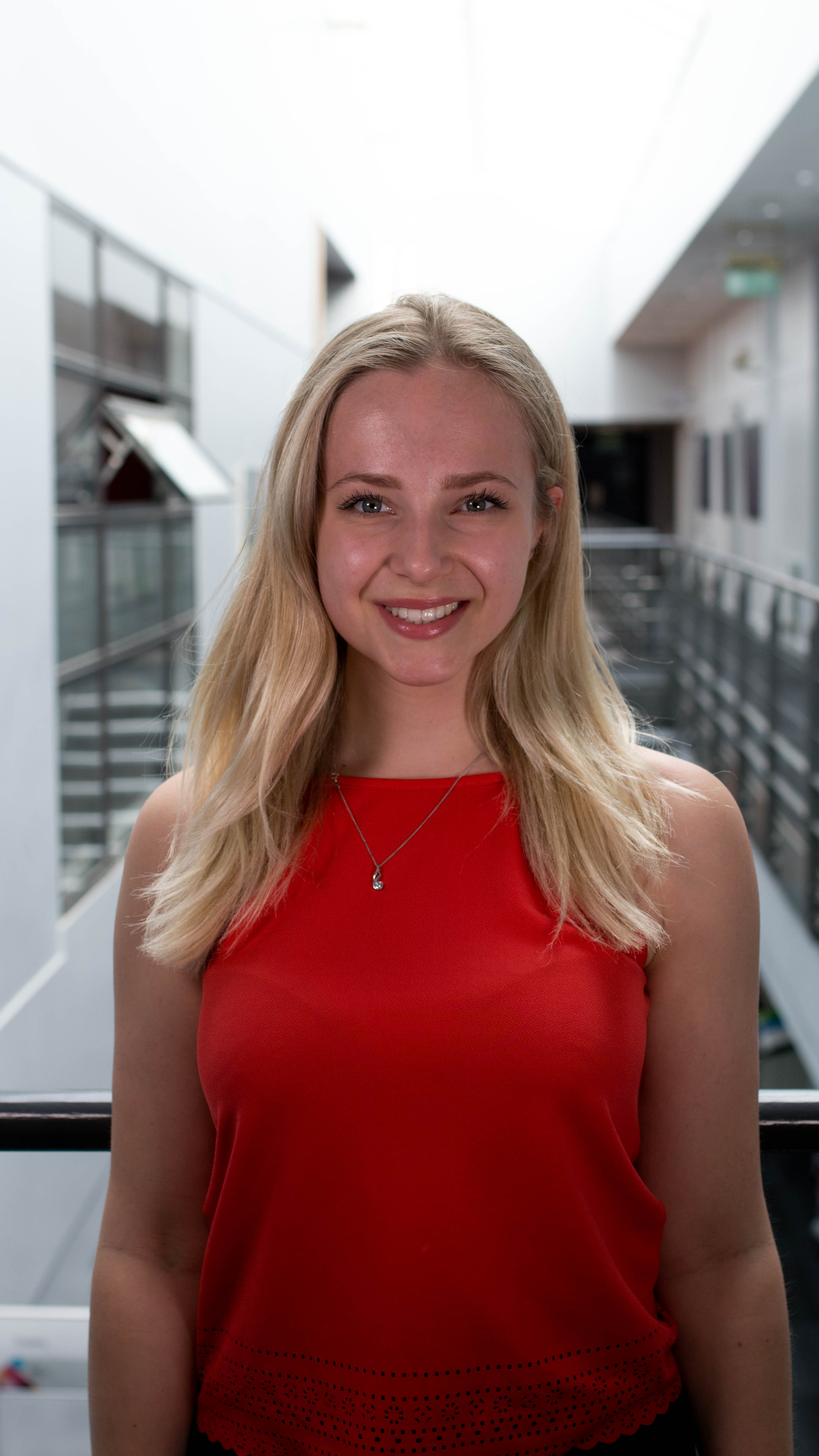 Katie Tarrant Volunteer Writer
Visions / 17 Mar 2022 Should Access To The Internet Be A Human Right?
Institutions / 17 May 2022 More Needs To Be Done To Uphold Freedom Of Information In Scotland
Equality / 16 May 2022 What's New In Human Rights In Scotland? EachOther Is!
Disability / 13 May 2022 Repeat Safety Failures In A Mental Health Unit Contributed To A Man's Death
Discrimination / 12 May 2022 Homeless People Sleeping In Cars Or Tents Could Be 'Committing' A Criminal Offence