The EHRC Report On Antisemitism In The Labour Party Explained

By Aaron Walawalkar, News and Digital Editor 29 Oct 2020
Keir Starmer delivers a statement following the EHRC's publication of its report into antisemitism in the Labour Party. Credit: YouTube

The UK’s equalities watchdog has found the Labour Party responsible for unlawful acts of harassment and discrimination over antisemitism within its ranks.

The Equality and Human Rights Commission (EHRC) on Thursday published its final report detailing the findings of an investigation it launched last year into antisemitism within the party.

The 130-page report details “serious failings in leadership and an inadequate process for handling antisemitism complaints across the Labour Party,” as well as “multiple failures” in the systems used to resolve them.

In spite of what it said were recent improvements in how Labour now deals with antisemitism complaints, the report points to “a culture within the party which, at best, did not do enough to prevent antisemitism and, at worst, could be seen to accept it”.

Here EachOther outlines some of the key aspects of the investigation and the report.

How was the investigation conducted?

In May 2019, the EHRC launched a statutory investigation into allegations the Labour Party had unlawfully discriminated against, harassed or victimised people because they are Jewish.

Using its powers under the 2006 Equality Act, the regulator sought to establish whether unlawful acts had been committed.

The EHRC said its investigation was based primarily upon documentary evidence, including a sample of 70 complaints of alleged antisemitism that had taken place since 11 March 2016.

Fifty-eight of the complaints were drawn from information in the public domain, a report by Prof Alan Johnson, and submissions from the Jewish Labour Movement and the Campaign Against Antisemitism. The Labour Party itself put forward the other 12 complaints.

The EHRC determined whether unlawful acts had been committed using the civil standard of proof, which is on the balance of probabilities, as well as legal tests set out in the 2010 Equality Act.

The 2010 Equality Act outlaws discrimination, harassment and other proscribed conduct towards people on the basis of “protected characteristics” – aspects of a person’s identity considered to make them who they are.

The watchdog said it also considered an 850-page internal Labour Party report leaked to the press in April this year, after the party had submitted its final evidence.

That report’s findings, the EHRC said, have been “taken into account where appropriate,” while bearing in mind that it “has not seen all of the evidence on which the conclusions in the leaked report were based”.

What did the EHRC find?

The EHRC’s report found the Labour Party responsible for three breaches of the Equality Act 2010 in relation to:

Labour Party agents were found to have committed unlawful harassment in two of the complaints investigated. This included the use of antisemitic tropes and suggestions that complaints of antisemitism were fake or smears.

Under the Equality Act 2010, parties are legally responsible for unlawful conduct carried out by their employees and agents in the course of their authorised functions.

Employees are those who are contracted to carry out work for the party.

Agents are defined as people carrying out authorised functions of the party, and who have some authority to represent the party to third parties.

In the case of the Labour Party, agents can range from MPs, peers and local councillors through to officials and executive committee members of constituency branches, according to a non-exhaustive list provided in the report.

The report states the party is not legally responsible for the acts of its members who are not employees or agents. 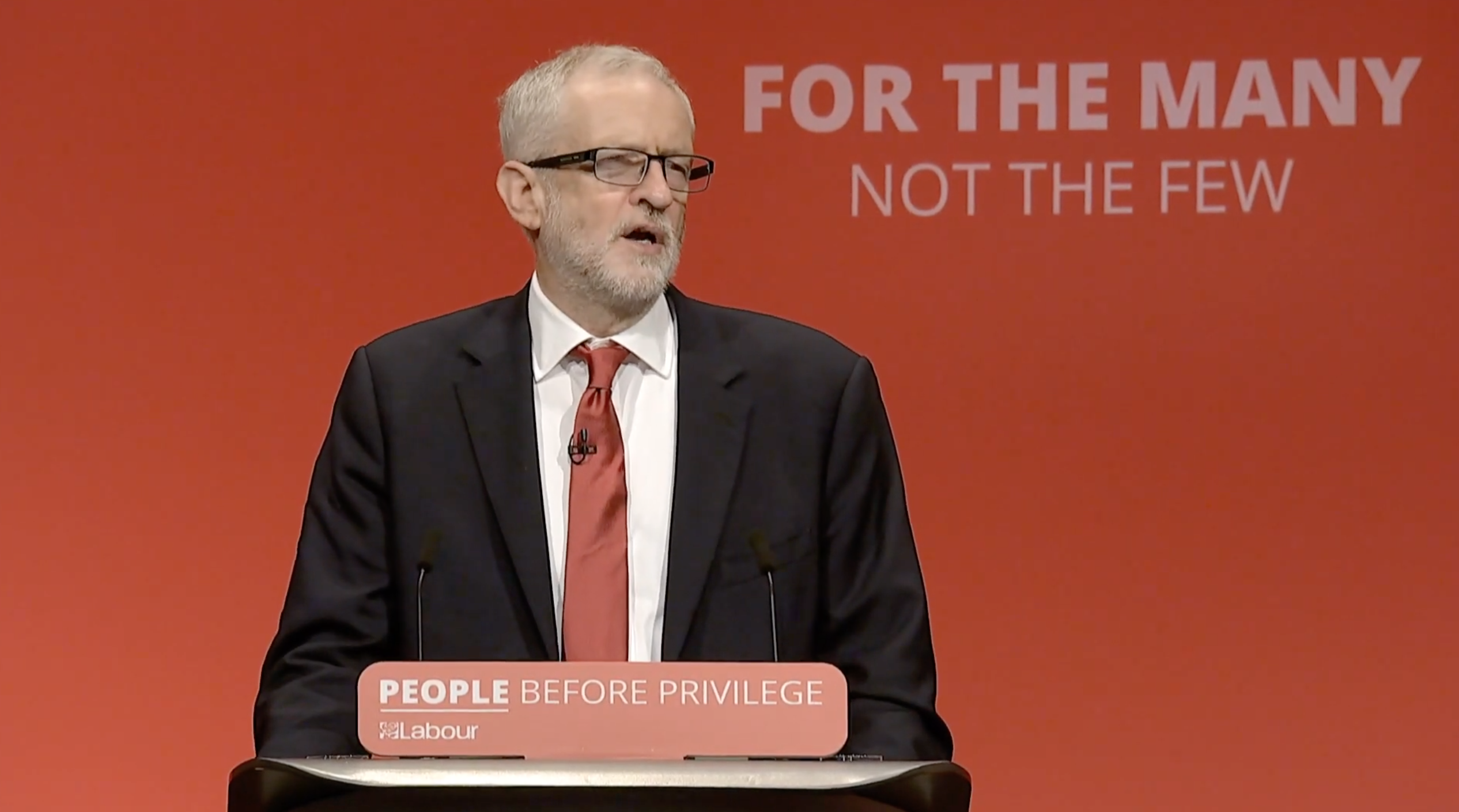 The EHRC also found examples of interference in the handling of antisemitism complaints, including by staff in Jeremy Corbyn’s office. Credit: YouTube

The EHRC also found 23 examples of interference in the handling of antisemitism complaints, including by staff in former leader Jeremy Corbyn’s office (also known as the Leader of the Opposition’s office, or LOTO).

‘Political inference’ is defined in the report as “people influencing decision-making or taking decisions in complaints outside of established processes”.

LOTO staff do not have a role in complaint handling under the Labour Party’s published complaints processes, the report says.

Despite this, the Labour Party told the inquiry LOTO staff were involved in handling ‘politically sensitive’ antisemitism complaints. The EHRC found this interference constituted unlawful indirect discrimination, including when the interference sought tougher interventions against those accused of antisemitic behaviour.

The report also found the party failed to deliver adequate training for individuals responsible for handling antisemitism complaints, despite acknowledging the need for it.

This stood in contrast to the training it provided for those handling sexual harassment complaints, “for whom the Labour Party has implemented a comprehensive training scheme”.

This failure was also found to constitute indirect discrimination.

Labour has been given until December 10 this year to draft an action plan to implement the report’s recommendations. If that does not happen, the EHRC can take legal enforcement action against the party.

The report makes 19 recommendations for the Party to move forward. They include:

In a statement, Labour leader Sir Keir Starmer said the party would accept the EHRC’s findings “in full and without qualification”, and would provide the EHRC with a plan to do this within six weeks.

He added: “We will establish an independent complaints process – and it will be in place as soon as possible in the New Year”.

“We will ensure that neither the Leader, the Deputy Leader nor our offices will have any involvement in the outcome of complaints initiated under the Labour Party’s processes.”

Former Labour leader Jeremy Corbyn has been suspended from the Labour Party following his comments on Facebook that he did not accept some of the EHRC’s findings and that the scale of antisemitism in the party had been dramatically overstated for political reasons, followed by a “failure to retract them subsequently”.

Corbyn also said that anyone claiming there is no antisemitism in the Labour Party is wrong; that even one antisemite is too many; and that he trusted the EHRC’s recommendations would be swiftly implemented.

Gideon Falter, chief executive of the Campaign Against Antisemitism, described the EHRC’s report as “groundbreaking”.

“It makes clear recommendations to ensure that there is zero tolerance of antisemitism in the party in the future. It provides a robust framework for ensuring the party complies,” he said.