Too Many Domestic Abuse Survivors Don’t Feel Safe Getting Help

More action is needed to ensure that survivors of domestic abuse feel safe engaging with agencies that can support them, writes Victim Support’s Rachel Nicholas.

One of the most damaging narratives around domestic abuse is also one of the most common. “If you’re in a dangerous relationship”, many claim, you should “just leave”. Not only does this attribute blame to the victim, rather the perpetrator, it also obscures the realities facing those in abusive relationships.

The fear of leaving is compounded by both practical dangers and threatened risks deployed by abusers. Rather than judging victims for staying in abusive relationships, we need to ensure that they have the support to safely leave.

Last year, Victim Support released research into the barriers which not only make victims of domestic abuse unlikely to report their abuse to police, but also reluctant to get support from agencies in a position to help. Unsurprisingly, our research found that one in four (24 percent) specially-trained caseworkers believed “fear of the perpetrator retaliating” is the biggest barrier preventing victims of domestic abuse from getting support.

Indeed, many of the victims we spoke to told us that they were worried about engaging with services, such as the police, social workers or charities, due to threats made by their partners:

He [the GP] gave me a leaflet and there was about seven different numbers in there with who I could speak to, who I could go to. Three of them were involved in the police which, to be fair, when you’re in that sort of situation, that would make it worse… You don’t want it to go any further because it will cause more problems, more trouble. I’ll get hurt if I do too much.

While specialist charities – including Victim Support – can be accessed regardless of whether a crime is reported to the police, the misconception that other agencies may ‘find out’ about abuse can fuel the feelings of danger associated with accessing help.

It’s vital that survivors of domestic abuse know they are able to access confidential helplines or online advice, regardless of whether they have reported an incident to the police. However, more work must be done by all of us to ensure that our friends, neighbours and colleagues know where to access help. It is also vital for victims to understand that services are available to them, regardless of whether they decide to leave the relationship.

Most worrying, though, is the very real increased risk of violence after victims leave abusive partners. Abusers, who promise to retaliate if their partner leaves, are not always making empty threats. For this reason, agencies have a huge responsibility to make sure that victims can make the decision to leave safely. 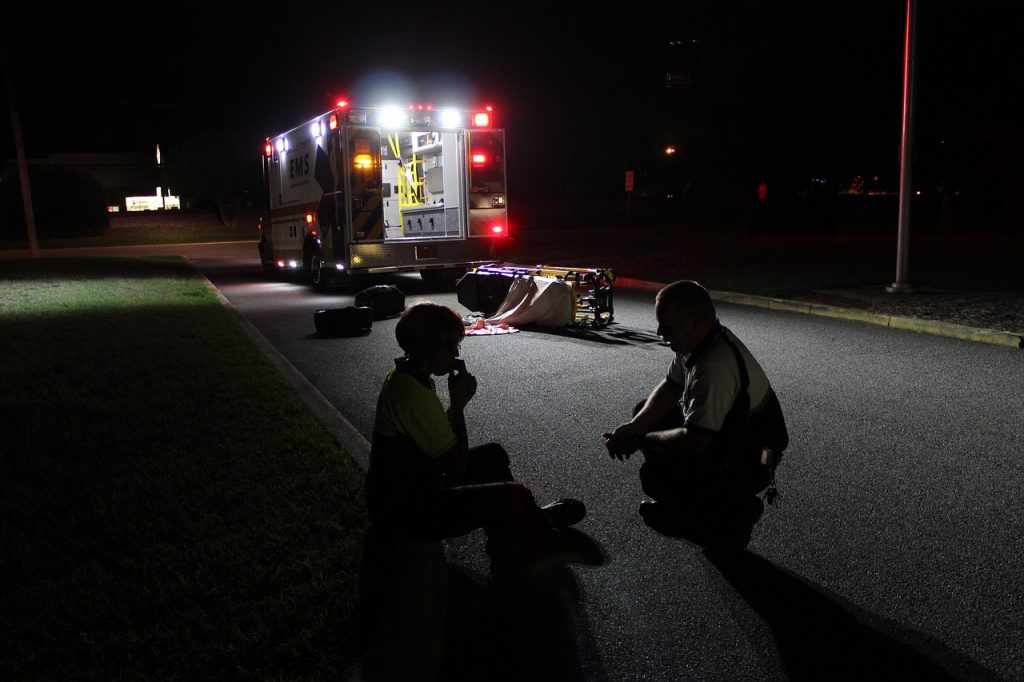 Victim Support’s research found that, of the relatively few domestic abuse victims who disclose their situation to the police, some mechanism to protect them were not used. Credit: Pixabay.

Our research found that, of the relatively few domestic abuse victims who disclose their situation to the police, some mechanism to protect them were not used. For example, use of Domestic Violence Protection Orders (DVPO) and Domestic Violence Protection Notices (DVPNs) can prevent the perpetrator from returning to a residence and from having contact with the victim for up to 28 days.

However, the use of these Orders is patchy, and improved training must be rolled out to increase understanding among police officers. Currently, fewer than two in ten survivors of partner abuse (17 percent) report their abuse to the police. It is vital that Criminal Justice agencies work even harder to earn victims’ trust.

Finally, inconsistent access to refuges creates a lottery of support for women and men planning to leave their abusers. Whilst we all have a role to play in talking about domestic abuse, the next government inherits the urgent and systematic problems facing survivors.

The next administration must commit to legislation which strengthens support for victims both during and after an abusive relationship. They must also sustainably fund the services that allow all survivors of abuse to rebuild their lives safely.

You can read about the signs of domestic abuse, and ways of accessing support, on the Victim Support website (victimsupport.org.uk) or by calling our free, confidential, 24-hour Supportline (08 08 16 89 111)

Drag the slider and make your voice heard.