Could a Conservative-DUP Partnership Have A Chilling Effect on Our Rights?

Following on from the Conservatives’ failure to win a clear majority in the recent election, Theresa May announced she had begun negotiations with The Democratic Unionist Party (DUP). If a deal with the DUP is reached, what might it mean for human rights?

The Conservatives are currently trying to negotiate a Confidence and Supply Agreement with the DUP. Such an agreement would involve the DUP agreeing to support a Conservative Minority Government on key votes, for example the Budget, as well as opposing any votes of no confidence against the Government. DUP MPs would not be given Cabinet posts under the agreement.

At the moment, it’s unclear what the final deal will say, if indeed a deal is reached. When the Queen’s Speech went out on Wednesday, there was still no agreement in place. Sources close to the talks have indicated that the deal is unlikely to mention human rights and will instead focus on increased investment and a strong Brexit deal for Northern Ireland.

Stepping back from reforms? But even a final deal that’s silent on human rights could be damaging for both our rights and equality in the UK. A Conservative Minority Government that faces collapse if the DUP withdraws support is very unlikely to increase human rights protections.

Over the past fortnight, much attention has been given to the DUP’s anti-equality stance, in particular in relation to women’s rights and LGBT rights. The DUP have repeatedly blocked attempts to bring forward gay marriage legislation, as well as voicing opposition to abortion rights. While gay marriage is part of British law, the Conservatives could be reluctant to further improve equality rights. This may include stepping away from reforms that were on the cards in the months prior to the General Election.

For example, earlier in the year, the Conservative Government said they planned to review laws protecting transgender people. This followed on from the Women and Equalities Committee publishing a report on Transgender Equality, which heavily criticised The Gender Recognition Act 2004. The report said that the legal process for gender recognition set out in the Act – which requires that gender be medically determined – had proved traumatic for trans people. The report recommended that people should be able to declare their own preferred gender. It seems unlikely that the DUP would lend its support to any such reforms. Even if we were to remove the DUP from the picture, the new Conservative Cabinet doesn’t look promising in terms of its attitude to human rights. Theresa May has often blamed the Human Rights Act when facing criticisms over Government failures. A combined Conservative-DUP partnership could therefore lead to a chilling effect when it comes to improving human rights protections across many areas. Here, we look at just a few.

Following Brexit, over 3 million EU Citizens who have built lives in the UK face uncertainty about their right to remain in the country. The previous Conservative Government refused to guarantee the residence rights of these individuals before Brexit negotiations began. However, the DUP election manifesto states that, “Rights of British Citizens in the EU and those from EU Member States living here should be safeguarded”.

In addition to guaranteeing the rights of EU Citizens in the UK, much more needs to be done to protect migrant rights. Both the Conservative Party and DUP have previously linked increased migration with threats to national security and terrorism. Such tough talk may make it more difficult to carry out reforms to laws that allow the Government to detain pregnant women and children in immigration detention centres. In 2016, the new Justice Secretary (David Lidington) voted against ending immigration detention for pregnant women.

The previous Conservative Government also came under fire for extending border controls into classrooms, hospitals and homes. Such measures have been criticised by doctors and teachers, who say they increase hate and intolerance. The shared Conservative-DUP view on border controls and national security may make it hard to curb the creep of immigration checks into everyday life.

Everyone is protected by the right to life and the right to be free from inhuman or degrading treatment or punishment. One of the measures of a humane society is how it treats its prisoners.

Suicide and self-harm rates are rapidly rising as overcrowded and overstretched prisons struggle to meet mental health needs. Official figures reveal that from March 2016 to March 2017 there were 113 self inflicted deaths in prison. 46% of women and 21% of men in prison had attempted suicide at some point. The suicide rate has more than doubled from 2013. Rates of self-harm increased by 7848 in 2016 compared with 2015. There were 40,161 incidents of self harm in 2016.

The previous Government introduced the Prisons and Courts Bill in response to a Joint Committee Report on mental health and death in prisons. The report said that the Government should urgently bring in new legislation to tackle overcrowding. It also said that there should be improved resources to meet the mental health needs of prisoners. Northern Ireland has a complicated system of laws in place to deal with its history. This includes the Parades Agreement, the Joint Protocol in Relation to the Display of Flags in Public Areas, and the provisions of the Stormont Agreement of 2014. The DUP have been criticised for close links with one side in previous sectarian violence – The Loyalists. Many of those who support the DUP have also called for an end to the Parades Agreement. The Agreement was reached because it was believed that sectarian parades fostered deeper divisions and incited violence.

Given the DUP’s stance on abortion, a DUP-Conservative coalition makes it highly unlikely that the Government would intervene to extend the provisions of the 1967 Abortion Act to Northern Ireland. Despite the Northern Ireland High Court ruling that the current restrictions on abortion infringe Article 8 of the Human Rights Convention (the right to a private and home life), there has still not been any substantive reform.

Concerns have also been raised that an agreement with the DUP could lead to a vote on reducing abortion time limits.

But it’s not all doom and gloom It’s important to remember that a Conservative Minority Government would be aware of its own fragile position. If even a few Conservative MPs were to rebel, the Government would fail to get measures through. This might make the new Government reluctant to attempt to water down existing human rights laws, i.e. by replacing the Human Rights Act with a British Bill of Rights. Many Conservative MPs have expressed opposition to such a move, including the former Attorney General Dominic Grieve MP, Maria Miller MP and Dame Caroline Spelman MP. All backed a petition in favour of the Human Rights Act.

The Government will also be so preoccupied with Brexit negotiations over the next couple of years that any plans to create a British Bill of Rights are likely to take a backseat. Theresa May was previously reported to have shelved plans to ‘rip up’ the Human Rights Act.

Proud to be one of @UKLabour‘s 27 ethnic minority MPs in this new parliament #TeamLabour @LabourBAME – up from the original 4 in 1987! pic.twitter.com/tC22haWcZ3

Moreover, our new Parliament is the most diverse one yet, with a rise in the number of women, LGBT, ethnic minority, and disabled MPs elected. Many new MPs will be keen to ensure that more is done to improve equality and human rights protections, not erode them.

And of course it’s up to us, too. Now, more than ever, people concerned about human rights and equality can contribute by getting involved, for example by working for organisations that work to protect our rights, by writing to MPs, by creating petitions and by getting active in politics and law. 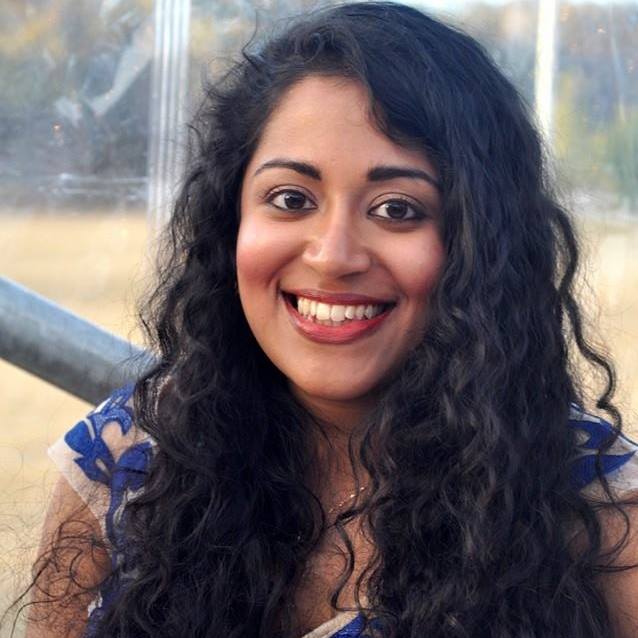