Climate Strikes: How To Take Part And How Trade Unions Can Help

Protest is a vital part of any democracy and in the UK it is protected by the right to freedom of expression and assembly enshrined in the Human Rights Act. But ditching your day job for the picket line can create friction with employers, discouraging some undecided demonstrators from taking part. As millions take to the streets this week to rally against the climate crisis – it’s important to remember that trade unions can be key in upholding your right to protest, writes employment relations expert Heather Connolly.

A week of strikes and coordinated action across the world begins on Friday (20 September) to demand that governments around the world take decisive action to combat climate change, ahead of a major United Nations summit in New York on September 27. Millions are expected to take to the streets across the world in this collective call to action.

If you’re thinking of striking, there are a few things to bear in mind, particularly if your employer is not supportive of you taking to the streets during working hours. Here, would-be strikers can look to trade unions for support and inspiration, and understand that in order to achieve progressive change and combat the climate crisis, workers need to help build a movement powerful enough to challenge the status quo.

Some organisations – both public and private employers – have come out in support of their workforce taking action against climate change. In the UK, this includes local councils, universities and employers in the creative industries. But the level of support varies, with some employers telling workers they need to take time off if they want to support the action, or arranging activities during sanctioned work breaks to coincide with the action.

If companies claim to be ethical and responsible employers they may want to be seen to be supporting their staff’s wishes – even if this means taking the hit on productivity in the short term. Workers can use their company’s claims about social responsibility to leverage them to support striking.

From the perspective of managing human resources, there is evidence that supporting these campaigns could lead to better recruitment and retention of staff and even behaviour at work. But this is more likely in professional occupations than low-skilled jobs where this is less of a concern as workers are easily replaceable.

Taking Up The Call Trade unions in many countries have taken up the call. The International and European Trade Union Confederations spoke out in favour of solidarity actions under the banner of a “just transition” – moving to a carbon neutral economy in a way that is fair to people working in industries that will be required to change.

But the International Trade Union Confederation clearly frames action as taking place “within the constraint of the law” and that strikes, stoppages and demonstrations should take place “where the law allows”. This makes things difficult in many countries that have heavily restrictive strike laws – including the UK.

Laws introduced by Margaret Thatcher’s government in the 1980s were designed to curb industrial action. Secondary or sympathy action – which is where workers go on strike in sympathy with people who work for a different employer – are illegal, and so is striking for a wider political or social interests. The Trade Union Bill in 2016 put further restrictions on industrial action by requiring trade unions to meet a voter turnout threshold when holding ballots to strike and must give employers a fortnight’s notice.

In light of this the Trades Union Congress passed a motion to support workers engaging in a “30-minute working campaign action” on September 20. The Universities College Union tabled a motion calling for trade unions to support a 30-minute workday stoppage to coincide with the global school student strike.

The wording is significant here. Other unions were concerned about the legality of saying “stoppage” without a ballot. Union laws make it difficult to obtain a legal ballot over climate change and even if a union could find a way (such as its impact on health and safety) they would need to adhere to 50% voter turnout thresholds and strict timetables before being able to take industrial action.

Another worry is that taking strike action could put union members at risk of victimisation by their employers. This is a legitimate worry. Union members going on strike risk being breach of contract if they take action (especially without holding a ballot), and losing their jobs. Workers who are not union members risk having no immunity at all. One thing trade unions can do to back those who want to strike is demonstrate that there is widespread support for this action. This will make employers less likely to take action against workers for striking for fear of looking bad in the eyes of employees and the wider public.

Unions can do this by framing climate change both as a class issue – the poorest in the world are the most likely to suffer from the effects of climate change – and as a moral imperative. It is not a given that the issue of climate change will trump the desire for profit at any cost. “Greenwashing”, where companies pay lip service to environmentalism, may be as far as some companies go, but this could be unsustainable if workers become more climate conscious.

All of us experience the effects of climate change. If employers fail to support this cause, it is a bleak day – not for workers, but for the human race.

The Campaign Against Climate Change Trade Union Group argues that “trade union history is filled with examples of workers breaking laws to ensure that society can progress. When a law is unjust it’s the duty of the trade union movement to challenge that law”.

History shows the power of trade unions for progressive change, from the Ford Dagenham women’s strike and it’s influence on the Equal Pay Act in 1970 to the understated work by UNISON to scrap employment tribunal fees, allowing greater access to justice for all workers. Trade unions need to take bold action once again – not only to embed climate change as a union issue, but also to shift the balance of power in favour of those promoting a more sustainable future. 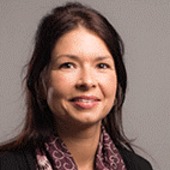 Heather Conolly Associate Professor of Employment Relations, University of Leicester
Visions / 17 Mar 2022 Should Access To The Internet Be A Human Right?
Institutions / 17 May 2022 More Needs To Be Done To Uphold Freedom Of Information In Scotland
Equality / 16 May 2022 What's New In Human Rights In Scotland? EachOther Is!
Disability / 13 May 2022 Repeat Safety Failures In A Mental Health Unit Contributed To A Man's Death
Discrimination / 12 May 2022 Homeless People Sleeping In Cars Or Tents Could Be 'Committing' A Criminal Offence