Cancer Survivor With Six Children Forced To Pay £15,000 To Stay In UK

A single mum-of-six who battled cancer has been forced to pay the Home Office more than £15,000 for all of them to stay in the UK.

Cancer survivor Maha*, who has lived with her children in east London for ten years, had to borrow around £8,000 to pay for their applications to remain in the UK indefinitely after their temporary residency permits expired.

Maha, originally from Pakistan, is the sole carer of her six daughters – aged between nine and 22 – and her medical condition has meant that she is unable to work, dependant instead on social security payments for her income.

Her case has prompted Ramfel to issue renewed calls for the Home Office, which makes more than £2,000 profit on each indefinite leave to remain (ILR) application, to reform its “unscrupulous” charging policies so families are not forced into debt.

After years of anxiety, the 45-year-old could breathe a sigh of relief when the Home Office last month approved the last of her daughters’ ILR applications.

“It is very difficult to live here without any status for me and my daughters,” Maha told EachOther. “It’s been a very suffering time.”

“Whenever my mum would talk she would start crying. It was just too much stress in the house.”

Maha came to the UK in 2009 with five of her six daughters, settling in East Ham. In Pakistan she lived with her husband’s family, who she said treated her badly because she did not give birth to any sons.

“They always used to fight with my mum,” said 17-year-old daughter Zoya*. “There used to be physical and verbal fighting. My mum was like: ‘I couldn’t stay there no more.'”

Maha’s first year in the UK was tumultuous. She gave birth to her sixth daughter, was diagnosed with thyroid cancer, and separated from her husband. She applied for asylum, as she is entitled to do, but had her application rejected by the Home Office.

Instead she was granted “discretionary leave to remain” (DLR), where the Home Office makes an exception to its normal immigration rules on compassionate grounds for a fixed period of time, due to her medical condition.

She is now in remission from cancer following two operations, but must take medication for the rest of her life. 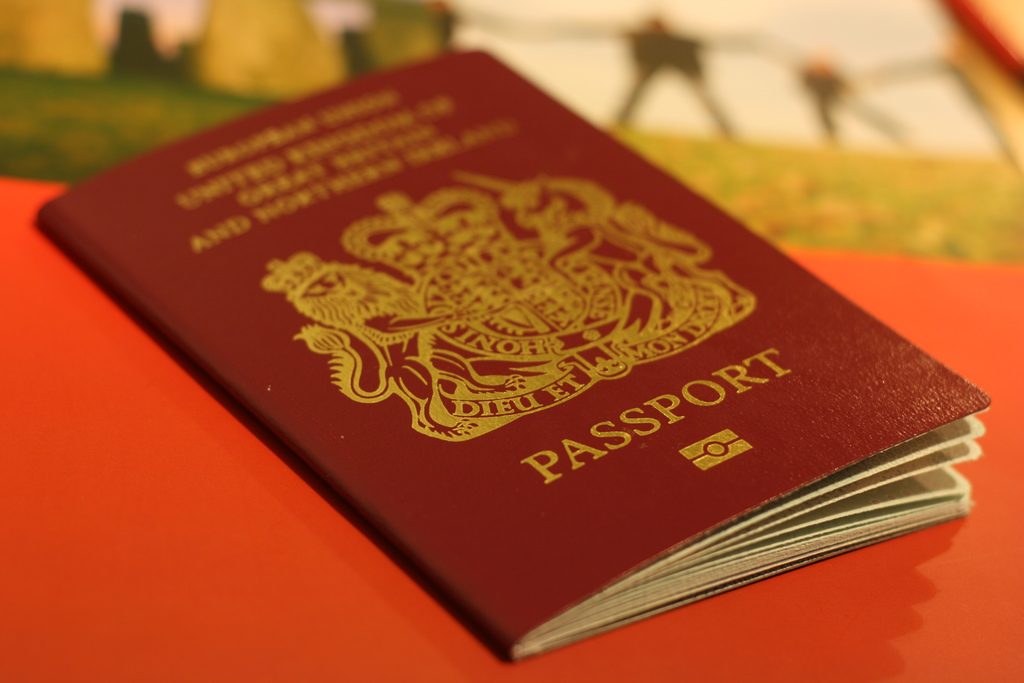 The fee to apply for indefinite leave to remain costs £2,389 per person – despite it costing the Home Office only £243 to process each application. Image Credit: Flickr.

Maha’s DLR expired in 2016, at which point she and her children had lived in the UK long enough to be eligible for indefinite leave to remain.

The fee to apply for this status is £2,389 per person. This is despite it costing the Home Office just £243 to process each application.

With no possibility of a waiver, Maha faced having to pay £14,334 for herself and her five Pakistani-born daughters, while her youngest child, born in the UK, was eligible for British citizenship at a cost of £1,012.

None of this could she afford.

“It was stressful. In this house no one would talk to one another,” Zoya added, recalling that difficult period. “Whenever my mum would talk she would start crying. It was just too much stress in the house.”

Maha became depressed and sought the help of her doctor, who put her in touch with Ramfel and, through them, the National Zakat Foundation.

Her eldest daughter, who is doing an apprenticeship at a pharmacy, borrowed around £8,000 from her employer to cover the remainder – which she continues to pay back now.

Despite the sacrifices, Zoya is happy that she and her family were able to regularise their immigration status.

She said: “Now I am able to plan and go to university. I can open a bank account and get a job. Before, I couldn’t even help out the family.”

Is it not in everyone’s interest that they thrive?

“As you can see in this case, a family has settled in the UK and are starting out with a mountain of debt. This family can stay in the UK indefinitely and can become British citizens.

“Is it not in everyone’s interest that they thrive? The hostile environment is in practice affecting all migrants even after they settled or British citizens. Fees should be based on actual cost and ability to pay.”

Two children who had been born and raised in the UK took the Home Office to the High Court last month over the profit it makes on citizenship application fees.

Campaigners argued these fees are forcing some families into destitution, that it causes children psychological harm, and denies them rights afforded to others. This includes eligibility to work in certain jobs, claim student finance, and to travel outside of the country.

A Home Office spokeswoman told EachOther that it sets fees at a level that helps provide the resources necessary to operate the UK’s border, immigration, and citizenship system, to “reduce the burden” on UK taxpayers.

It added that it has always provided exceptions to the need to pay application fees “in a number of specific circumstances” to ensure that it complies with international obligations.

The spokeswoman said it considers a number of factors when calculating fees including the administrative costs of processing an application, the wider costs of the system, and the likely benefits and entitlements of the product.

Find out more about the work of Ramfel and the National Zakat Foundation via their websites.