Behind the Scenes – Filming “Conversations around.. Exclusion”

In 2020 we launched our first feature documentary Excluded  inspired by direct-action activism on exclusion by a group of affected young people from the summer of 2018. In this documentary we wanted to platform the diverse voices of young people from across the UK with lived and learned experience of exclusion and to create a space for the issues that the people most often left out of the conversation on exclusion wanted to centre. The film ended up only featuring those young people – talking about their experiences and ideas around exclusion.

During the weeks around the launch I heard countless times from social media and in emails we received, that young people who were going through exclusions, or were at PRUs were happy to see such representation, to hear their stories, to basically see people like them talking about this issue. We heard that the film had kickstarted conversations and discussions, and this sounded fascinating to me. I wanted to see if we could replicate this and in 2021 generously supported by the law firm Allen & Overy, we were able to do just that. This film, made with young people working with the organisation Just for Kids Law was inspired by Gogglebox, using the film to act as a conversational starter, inspiration or a prompt to raise issues and discussions. We built a sitting room in a huge room in our London HQ – at Resource for London, with a blow up sofa and a somewhat fidgety blow up cactus, and we started filming our very own Gogglebox – capturing the young people’s observations and reactions to the Excluded documentary along the way. 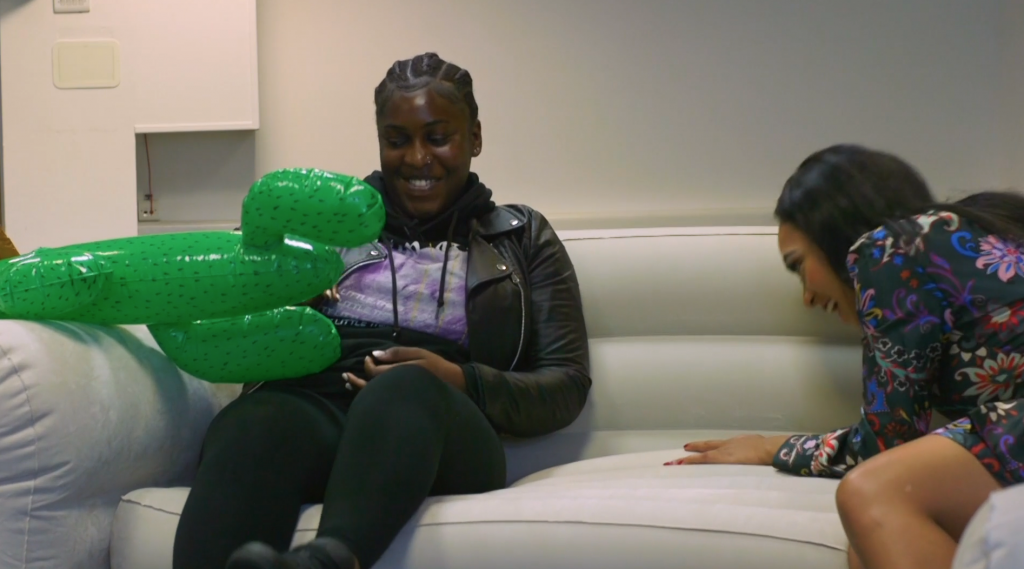 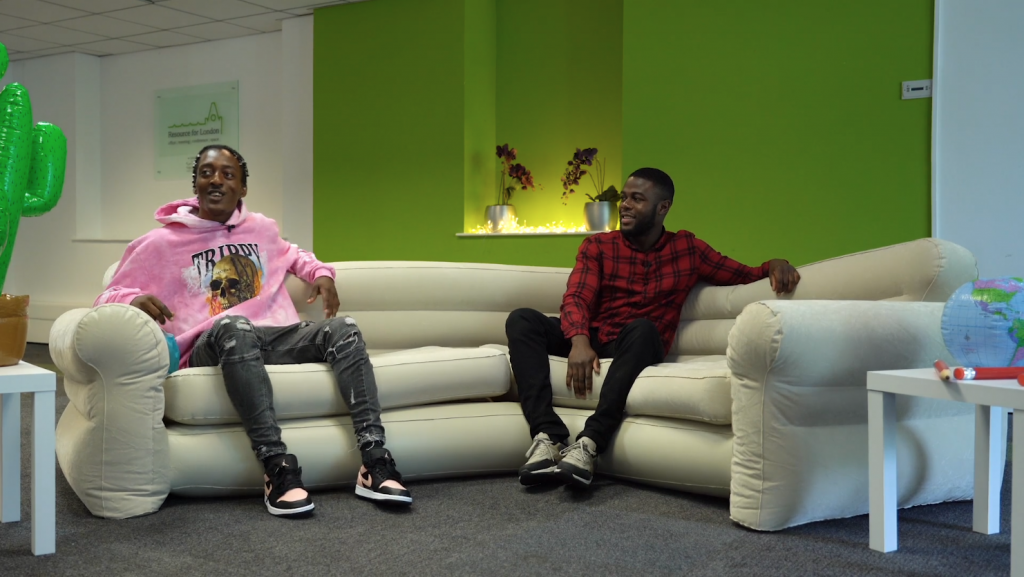 How these young people saw the exclusion landscape

The reality is that within the education system, there is systemic disproportionality and disparity issues, with greater numbers of children from minority ethnic groups and with SEND affected by exclusion. A piece by McIntyre, Niamh, Parveen, Nazia and Thomas, Tobi “Exclusion rates five times higher for black Caribbean pupils in parts of England” The Guardian into the government’s released statistics in March 2021 had this to say about the breakdown of experiences for pupils from different ethnic backgrounds,

“Exclusion rates for black Caribbean students in English schools are up to six times higher than those of their white peers in some local authorities, Guardian analysis has found, highlighting what experts have called an “incredible injustice” for schoolchildren from minority ethnic backgrounds. […] Gypsy, Roma, and Traveller children were also excluded at much higher rates, with Roma children nine times more likely to be suspended in some areas. And exclusion rates for mixed-race white and black Caribbean students were more than four times higher than their white peers in several local authorities”.

The film, made in collaboration with the teams at Just for Kids Law supporting these young people to take their campaign around exclusion further, opens up the conversation around the lived realities of excluded students and the far reaching impact on their lives and the lives of their families. 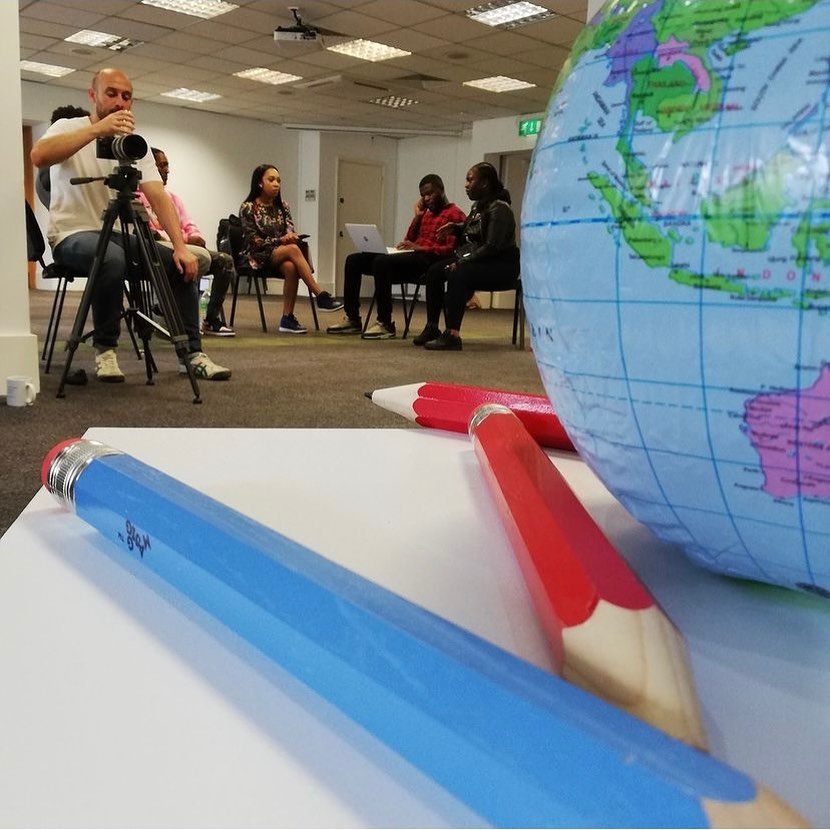 Why give a voice to children and young people?

We want to keep on giving voice to people with lived experience. Our mission at EachOther is to increase public knowledge of and support for human rights and our model fuses news, expert knowledge, and storytelling. Often these stories are ones not covered by other media outlets and, in telling them, we are attempting to amplify the voices of individuals and organisations fighting to make a difference. Our manifesto within the 2020 strategy document sets out our aim to “provide an online platform for personal testimony about people’s lived experience which allows us to show, not just tell”. The call to centre the voices of the people most affected by issues rather than talk over them or for them is becoming ever more vital.

To watch what these five young people had to say alongside the clips from Excluded that they were responding to – watch our brand new film (and series format) ‘Conversations around…. Exclusion’ today.

We work with and for young people to ensure their legal rights are respected and promoted, and their voices heard and valued.

Allen & Overy is a global law firm that helps the world’s leading businesses to grow, innovate and thrive. For almost a century, we have built a reputation for our commitment to think ahead and bring original solutions to our clients’ most complex legal and commercial challenges.

If you're interested, you can watch the full documentary Excluded