A terminally ill dad, Phil Newby, has vowed to fight on after the High Court rejected his human rights challenge against the UK’s blanket ban on assisted dying.

Phil Newby, 49, has motor neurone disease (MND), which is a fatal and incurable illness causing progressive muscle weakness and meaning he can no longer walk or user his lower arms.

The father-of-two, from the East Midlands village of Rutland, sought permission for a judicial review of a law which makes it a criminal offence for people to end their own lives.

His case was that the courts should undertake a “detailed examination of the evidence”, including from countries where assisted dying is legal, to decide if the ban is compatible with his human rights. 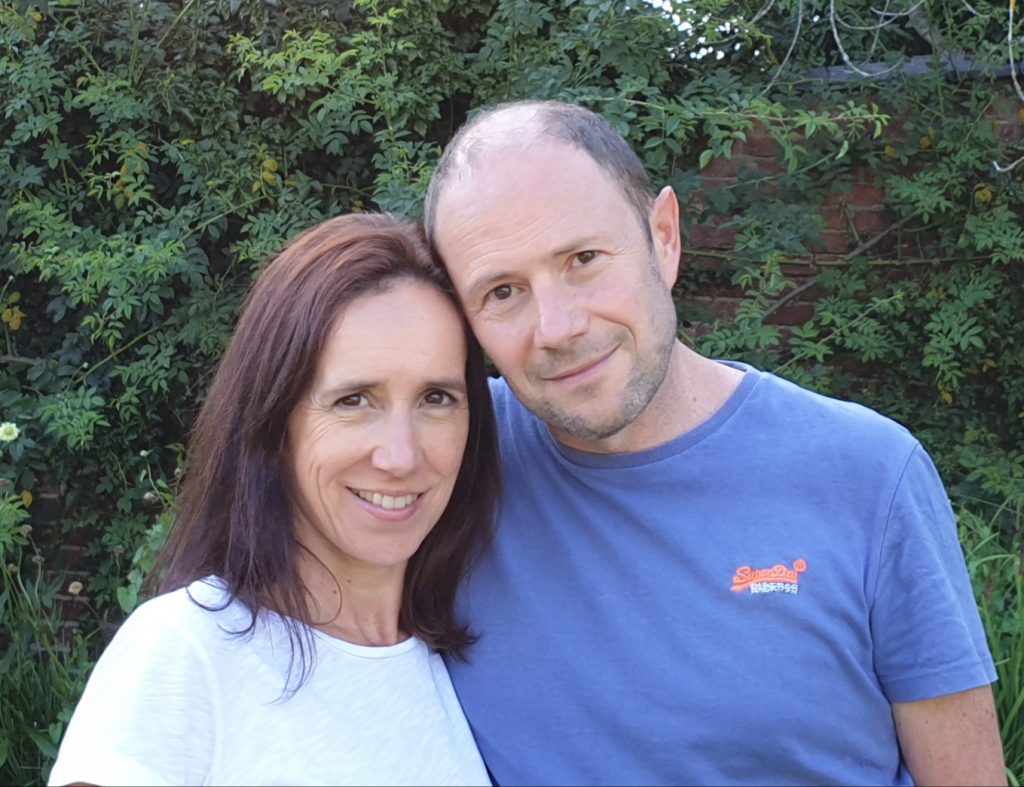 But the High Court refused Newby’s request on Tuesday (19 November). In a 12-page written judgment, Lord Justice Irwin and Mrs Justice May said the court “is not an appropriate forum for the discussion of the sanctity of life”.

Irwin added: “In the context of repeated and recent parliamentary debate, where there is an absence of significant change in societal attitude expressed through parliament, and where the courts lack legitimacy and expertise on moral – as opposed to legal – questions, in our judgment the courts are not the venue for arguments which have failed to convince parliament.”

The judge expressed sympathy with Newby’s situation and said: “His clear and dignified statement compels admiration and respect.”

But added that he viewed the court process as “unlikely” to provide “reliable” answers to determine the issue event if there was a very widespread examination of the evidence.

Responding to the judgment, Newby said: “The High Court’s decision not to hear our case and not to test the evidence for and against assisted dying is disappointing to me and the many hundreds of others who have helped to fund it.

“We will be fighting on to bring down a law that is widely thought to be cruel, so that it can be replaced by something more humane and compassionate”.

EachOther visited Newby at his Rutland home in July this year where he spoke about the “terrible choice” he was faced with as a consequence of his condition.

“I can take my own life. People are allowed to do that,” he said at the time. “I would have to take it before I was totally incapacitated and do it in a way that wouldn’t incriminate my family.

“But also that would subject them to the trauma and the police investigation that would naturally follow.”

He had also considered travelling to another country where assisted dying is legal – such as Switzerland – which can cost in the region of £10,000.

“Again, that means I have to leave my own country and travel abroad whilst I am well enough to do both of those things,” he added.

“I don’t see why, in a country as sophisticated and civilised as our own, which has a world-renowned legal system, a citizen should have to travel to another country to end his or her life.”

Phil’s final option is to let the disease take its course, but he fears he could spend months – or even years – locked into his own body with his mind still intact.

The decision comes as new research from YouGov finds that more than seven in ten people (73 percent) with an advanced or terminal illness would support a change in the law on assisted dying.

The survey also found that around two-thirds (64 percent) would be pleased to have the option of assisted dying for themselves alongside good end-of-life care, and two-fifths (39 per cent) said they have or would consider travelling abroad for an assisted death.

Sarah Wootton, chief executive of charity Dignity in Dying, said: “A growing body of evidence from the US and Australia shows that it would be far safer for all involved to introduce a transparent assisted dying law that provides choice and control to terminally ill people, takes agonising decisions away from their families, and offers robust protection to the rest of society. We wish Phil success in his appeal so that this evidence may be examined in full.”

This is the first time assisted dying has been addressed by the Courts since Noel Conway’s case was rejected by the Supreme Court in November 2018. Phil Newby has asked High Court Judges to examine a large body of evidence and to cross-examine experts, which is departure from the norm, but Phil and his legal team believe that this method is the only way that the legal stalemate on this sensitive issue will be overcome.

The Royal College of General Practitioners is currently surveying its members on assisted dying for the first time since 2013. This follows the Royal College of Physicians’ survey earlier this year, which resulted in the College dropping its longstanding opposition to a change in the law on assisted dying in favour of neutrality. The British Medical Association has also committed to surveying its members in the coming months.

Overseas, an assisted dying bill in New Zealand passed third reading on 13 November 2019 and will now go to a public vote in 2020. Earlier this year Victoria became the first Australian state to introduce assisted dying, and Western Australia is currently considering a similar bill. Assisted dying is now available in 10 American jurisdictions, with legislation passing in Maine, New Jersey and Hawaii in 2019.

You can donate to Phil’s CrowdJustice page here.

Adam Wagner is chairman and founder of EachOther and is acting in this case. He played no role in writing this article.

Want to learn more about this topic?