The Metropolitan Police has launched an investigation after anti-Islamic slogans were spray-painted on a building close to a mosque and cultural centre in south London.

Law enforcement officers were called to the venue near the North Brixton Islamic Centre on Brixton Road at 11am on Wednesday 1 January following reports of the offensive graffiti.

“Inquiries are ongoing at this time as part of a full investigation,” a statement from the Met read.

“We are working alongside Lambeth council to ensure the offensive remarks are removed as soon as possible.”

The Met added that hate crime affects “people from all walks of life”.

“All members of our communities have the right to go about their daily life without fear of verbal, physical or written abuse.

“The Met does not tolerate any form of discrimination, and we are committed to tackling offences like this as thoroughly as possible.”

‘All Prejudice Is Cowardly’

Mayor of London Sadiq Khan said that he was “disgusted” to learn of the slogans painted near the North Brixton Islamic Centre.

He tweeted: “@metpoliceuk are working with Lambeth Council to have them removed, but let me be clear: all prejudice is cowardly and criminals will face the full force of the law.”

Shadow education secretary Angela Rayner agreed with Khan, stating: “Islamophobic hate is not acceptable and should not be tolerated, it is disgusting, hate has no place in our society and we should always challenge it whenever it occurs.”

Disgusted to hear that Islamophobic slogans have been spray painted near the North Brixton Islamic Centre. @metpoliceuk are working with Lambeth Council to have them removed, but let me be clear: all prejudice is cowardly and criminals will face the full force of the law.

Cllr Mohammed Seedat, Lambeth’s cabinet member for community safety, said: “Many of our residents fear they are living in a hostile environment. The intimidating racist graffiti on synagogues and mosques won’t divide Londoners, but will confirm the worst fears of many of our residents.

“The council and police will continue to reassure communities. But we also need politicians, particularly the government, to act responsibly in rhetoric and action to quell the rise of extremism and division in our society – whether it is Islamist or right wing.”

The anti-Islamic hate crime was reported three days after antisemitic graffiti was daubed across a synagogue and shops in North London during the Jewish festival of Hanukkah.

The incidents are part of a rising number of hate crimes reported to the police since 2013. Government figures suggest reports of hate crime have doubled, and that the majority of hate crimes recorded by police in England and Wales were racially motivated. 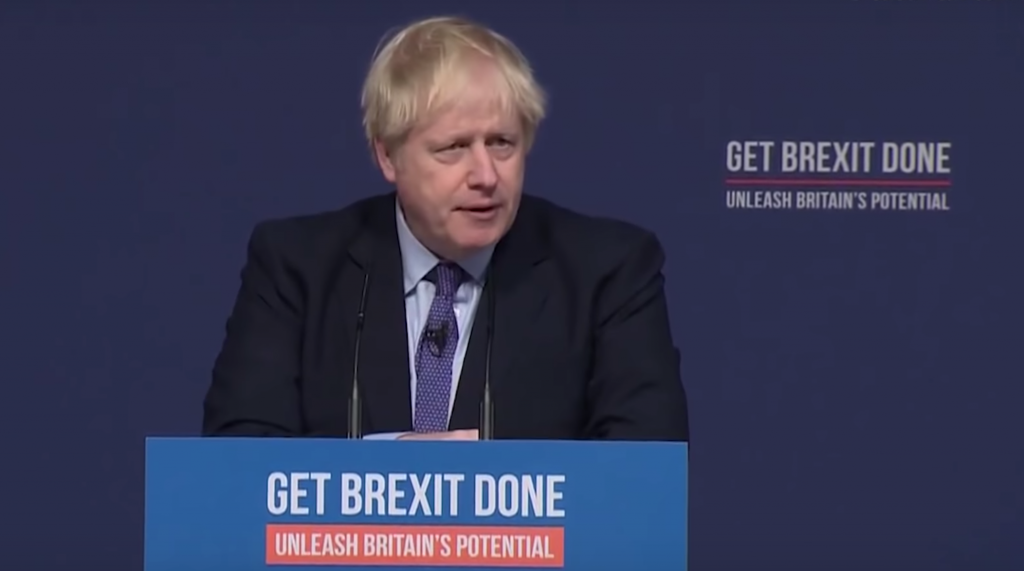 The Home Office said that the rise could in part be attributed to improvements in crime recording by the police, though notable spikes were also seen after events such as terrorist attacks and the Brexit referendum results.

In September 2019, statistics indicated that anti-Islamic hate crimes had increased by 375 percent following Boris Johnson’s remarks in a Telegraph column that women in burqas look like letterboxes.

These different aspects which make up a person’s identity are known as ‘protected characteristics’.

Behaviours that constitute a hate crime under UK law include verbal abuse, threats, harassment, bullying, assault, intimidation, and damage to property such as graffiti.

According to the Law Commission, the law responds to hate crime in the following ways: