Last year, it was the first time that intersex people got together to march at Pride in London. It was a whole group of people belonging to different intersex groups – and a chance for all to get together and celebrate being born. It’s important to note that not all intersex people are LGBTQ+, but some of us are.

The organisers put us right in the front and we were behind the flag bearers. I thought this would mean that people would pay more attention to us in the press, but we were overshadowed by a group of anti-trans protestors that weren’t meant to be there and they just took over. Despite being removed, the media attention meant that what most people remember Pride in London 2018 for is, unfortunately, the anti-trans group.

This year, we’re marching again – as a group of 30 intersex individuals and allies – and we’re hoping that people will look at our flag with the yellow background and the purple circle and wonder what that is. We always look outside the LGBTQ+ community for allies, but we also need to look within. I’ve met so many LGBTQ+ people who still don’t know what intersex means. I’m hoping that the more intersex people that get involved in Pride, the more it will do for the movement as a whole. For those that don’t know, the word “intersex” is an umbrella term for lots of different people – it can mean that you were born with variations in your sex characteristics, your chromosomes, your hormones, or the way your genitalia appears internally or externally.

It’s something that happens naturally within humans but people don’t really talk about it. Some people, like me, find out early on in their lives – although I didn’t know there was a term for it growing up – and others don’t discover this until later. Some people never do.

Being intersex needs to be a protected characteristic. One of the biggest issues intersex activists are campaigning for is for people born with variations of sex characteristics to have their human rights respected.

On Sunday, I’m also speaking at UK Black Pride to bring it back down to basics and do an “Intersex 101,” where I’ll explain what it means to be intersex and how you can be an ally to the community – it can be a minefield for people who don’t know what it is or want to ask questions. Being intersex needs to be a protected characteristic. One of the biggest issues intersex activists are campaigning for is for people born with variations of sex characteristics to have their human rights respected. In fact, there is no explicit recognition of intersex people under the Equality Act 2010. As a result, we’re subjected to surgeries that are performed – sometimes at birth – in NHS hospitals across Britain that are sometimes merely for cosmetic purposes, to make our bodies look “normal”.

The UK needs to consider whether it should be allowing these operations – and why. Last May, I spoke at the UN on behalf of IntersexUK. As the chairperson, Dr Jens Movig, said: “Such gender determining surgery is increasingly controversial in particular when it’s applied to infants. And to be frank, the scientific evidence for its long term impact, particularly for its impact on quality of life is absent. It simply doesn’t exist.”

The Government Equalities Office, made a historic move in January by issuing a “Call for Evidence,” to try and gather a clearer picture of what has happened in Britain. But, I believe no one knows what’s going on, and there needs to be an inquiry by the Department of Health to find out what is happening.

This year, as a group, we’re hoping this march will start a conversation. We want the public to take notice of intersex people, asking themselves: “What does it mean? How can I help?” I just want people to understand that it’s okay to ask questions – and there isn’t just one story, there are so many different ways a person can be intersex, too. It’s important for me to march because, growing up, I didn’t think I’d ever be proud to be intersex.

Anick Soni is an activist, creator, and researcher. As told to Ella Braidwood. 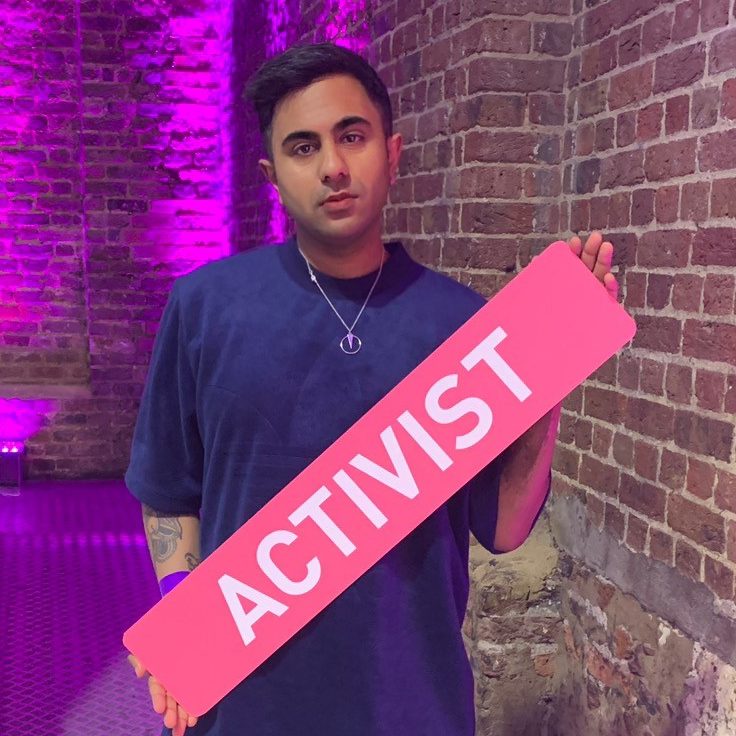 Anick Soni is an activist, creator and researcher.

Anick Soni is an activist, creator and researcher.