The government could face legal action over the mass downgrading of A-level results in England, with affected students saying they feel discriminated against over their school’s track-record.

EachOther has heard stories of disappointment and frustration from pupils and their family members after more than 35% of all A-level results were downgraded, according to figures published on Thursday.

After exams were cancelled due to the coronavirus lockdown, students had been given “centre assessment grades” by their teachers which were then moderated by exam regulator Ofqual using an algorithm. Estimates suggest that around 280,000 entries have been downgraded, after teachers were told to submit the grades they thought students would have received if they had sat the paper, alongside the rank order of students.

Foxglove, a non-profit group that campaigns against the misuse of digital technology, has issued the Department for Education (DfE) and Ofqual a legal letter describing the algorithm as unfair and potentially discriminatory because it graded the school, not the student.

Curtis Parfitt-Ford, an A-level student at a comprehensive school in Ealing who is spearheading the action with Foxglove, has urged other affected students to join the action.

He said: “Our grades should track our capability and effort as individual students, and what’s been proposed quite simply does not do that.”

The group believes the system potentially also violates data protection laws, which offer safeguards from automated decisions that may have significant consequences for people.

Pinning this so new visitors can see: the A level algorithm is unfair and possibly unlawful. We have sent a legal letter already, are gathering evidence, and may judicially review. If you are affected, esp. if you had mocks cancelled, please email us: info@foxglove.org.uk.

A-level results: ‘She feels like she has been discriminated against’

Courtney, 18, from Luton, studied biology, maths, and psychology at state school. She held an offer to study at Cambridge university conditional on getting two A*s and an A. However, her results were downgraded to AAC.

She has been placed in the Cambridge “summer pool”, where different colleges discuss students that may have missed their grades, and decide whether to give them an offer.

Her mother, Marissa, said: “She is angry, upset and feels that she has been treated unfairly and has been discriminated against; there is no clear information on how the 40% of students who were downgraded were chosen.

She added: “And from what I’ve seen so far, it seems to be students from schools who may not have done well in the past.

“Which is like saying ‘you can’t have achieved that grade because you live in a certain place or attend a certain school or are a certain ethnicity’. There’s no way it’s not postcode related.” 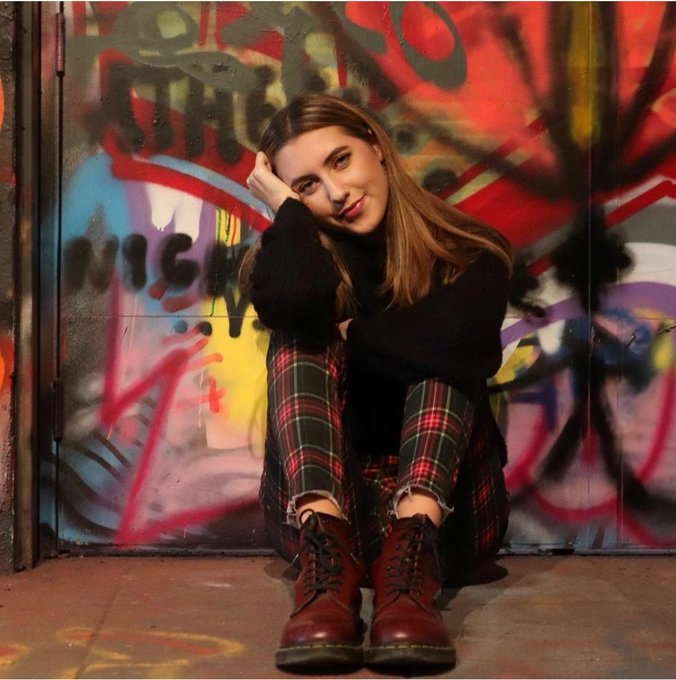 Millie Jones missed out on the grades she needed to get into Liverpool university. Credit: Lucy Craughwell

This was echoed by 17-year-old student Millie Jordan, who attends a school in Hounslow.

She went to a state school, where she studied psychology, history, and English literature.

She received an AAB offer from the University of Liverpool to study psychology. Despite achieving As and Bs in both mocks and coursework, she was given BCC and has spent the day on the phone to the university figuring out what to do.

Anna, Millie’s sister, told EachOther: “[Millie] has found that all her friends who attend school in central London have been downgraded significantly less than those attending school in Hounslow.

“They all live in the Ealing or Hounslow area, but it really seems as though it’s a postcode lottery. It all feels unfair that her past grades and efforts haven’t been reflected,” she said. “My heart breaks for everyone going through a similar situation!”

Ibrahim, 18, from Birmingham, had hoped to take a gap year to work and travel but will now have to resit his exams next year after his predicted B and C grades in sociology and economics were moderated down to a C and D.

He says he received his B grade prediction in sociology after completing four mock assessments where he scored a B overall. In economics he had predicted a C, moving up to a B following mock assessments, but was ultimately given a D.

“I feel really annoyed and quite saddened, we were assured that good measures would be put in place and that we didn’t need to worry but these results have left us in shock,” he said.

Children’s commissioner for England, Anne Longfield, has warned of inequality in the appeals system, with more affluent schools more likely to appeal.

“Any school must be able – and willing – to appeal if a student is unhappy. The government should make this process as easy as possible, and ensure that disadvantaged schools and students are not left out.”

At present, in the appeals process students can use their mock exams to argue their grades should be higher, a school can argue it cannot be judged on old performance if there is new leadership, and some pupils can sit the exams in autumn.

Local authorities and equality charities have also raised concerns that individual students have no right to appeal the grade they have been given through Ofqual’s standardisation process – but must instead do so through their schools. This could leave students who wish to appeal in an “impossible position” if the school disagrees.

UCAS has agreed to hold open places until 7 September if a school has submitted an appeal.

Sir Peter Lampl, founder and chairman of the charity Sutton Trust, told EachOther: “It’s vital that universities make greater use of contextual admissions for students who have narrowly missed out on their grades.

“They must recognise that students’ grades have been awarded in the most extraordinary of circumstances.”

He also added that it had “highlighted the flaws” in the university admissions system, saying “there’s never been a better time to look seriously at reform”, saying 85% of teacher predictions are wrong.

‘My concern is about student mental health’

Teachers and charities have also expressed concerns for student mental health during this chaotic period.

Jessica, who works in pastoral support at a school in Newham, an area of London which was one of the worst affected by Covid-19, fears for the mental health of students from disadvantaged backgrounds.

“Some of my students had to start working as their parents lost jobs, others lost some relatives and had to cope with death,” she said.

Kadra Abdinasir, head of children and young people at the Centre for Mental Health, added: “The government must undertake an urgent review into these discrepancies and ensure that there is a fair, clear and robust process for pupils and families to appeal their results that takes an individual pupil’s journey into account.

“Furthermore, we must protect the wellbeing of our students during this time and ensure that they have access to the right advice and support locally to help them navigate the next steps.

“This is not a ‘Covid generation or lost generation’ who should simply take it on the chin, this is our future.” 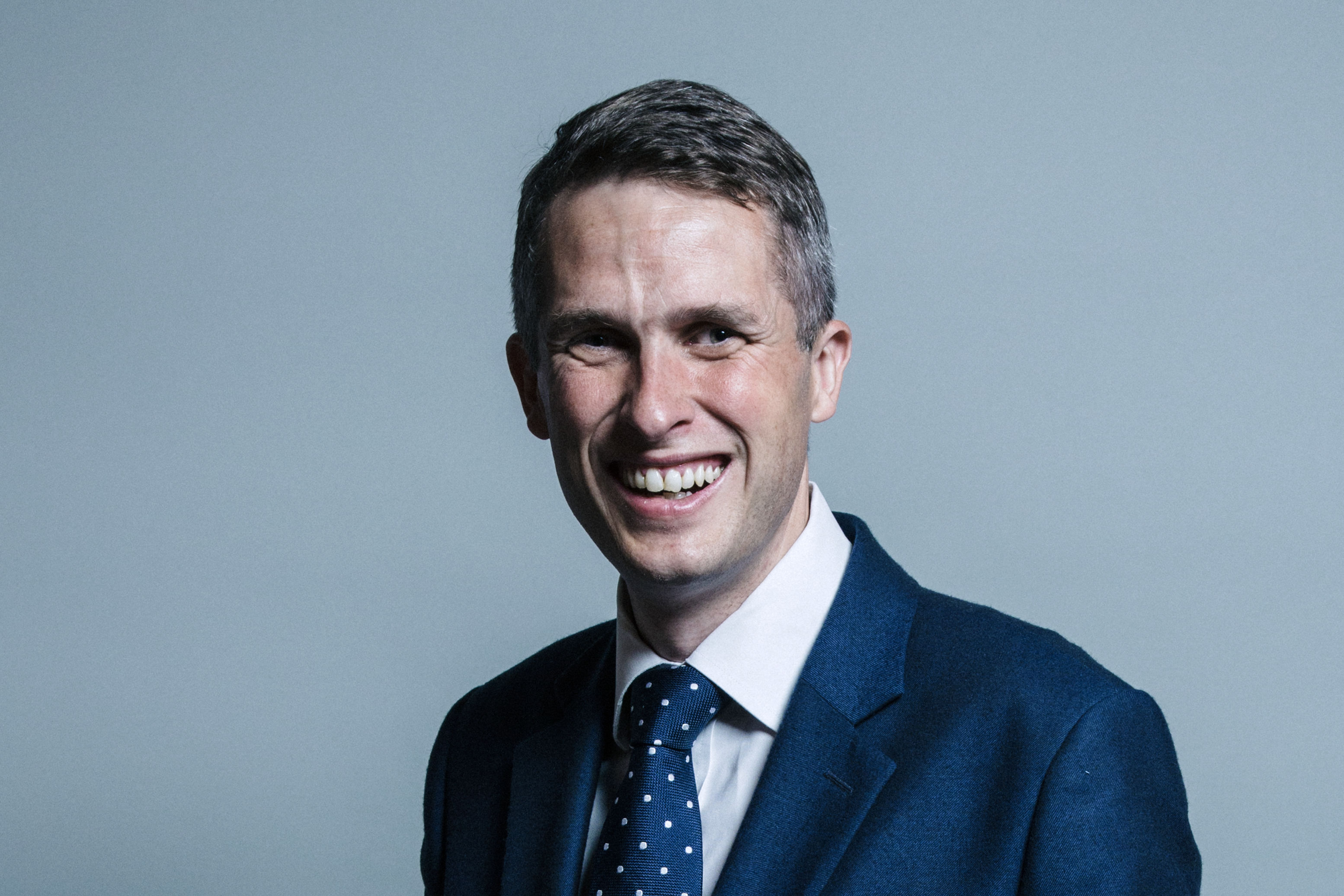 An Ofqual spokesman said: “The model we have selected is the fairest possible in the circumstances and will ensure, so far as possible, that students are not advantaged or disadvantaged on the basis of their socio-economic background or particular protected characteristics.

“Our equalities analysis of the centre assessment grade data submitted suggests the production of grades this year has not been compromised by bias in centres’ judgements or by the standardisation model.”

On Thursday morning, education Secretary, Gavin Williams, told Sky News: “I cannot sit here and say that there won’t be a single child in this country who won’t be in a situation where they have got a grade that isn’t a fair reflection of their work.”

However, the government has ruled out following Scotland’s lead in England and scrapping moderating results; Scotland found students from disadvantaged backgrounds were hit hardest by the algorithm.

Leader of the opposition, Sir Keir Starmer, has spoken out on the issue. “Something has obviously gone horribly wrong”, he said.

“The government needs to rethink this, they shouldn’t rule anything out, including the approach that was forced on the Scottish government.”