5 Things You Should Know About Local Lockdowns

Who decides whether my area needs to go into local lockdown? How will it be enforced? What is being done to protect the most vulnerable? These are a few of the questions on people’s minds after England’s first local lockdown came into force this week.

As much of the country enjoys from Saturday a relaxation of emergency measures imposed to curb the spread of coronavirus, strict measures have been reintroduced in Leicester until at least 18 July.

The city has seen a spike in Covid-19 cases – with more than three times the rate per 100,000 people than in any other city, according to Public Health England (PHE) data.

Speculation is mounting and rumours circulating over where else in the country might be next, with Sky News reporting more local lockdowns could be introduced in “just days”. PHE data shows a significant number of cases in Bradford, Barnsley and Rochdale.

EachOther examines five key questions on what local lockdowns mean for our rights.

Human rights and the lockdown

National and local lockdown measures have been justified on grounds of helping to protect lives amid the pandemic.

But, in doing so, many other rights have been curtailed or interfered with. This includes the right to liberty (Article 5 of the ECHR), freedom of assembly (Article 11) and the right to education (Protocol 2 Article 1).

All of these rights must be balanced with the right to life and can be lawfully interfered with on the grounds of protecting public health.

Provided that the government measures are necessary and proportionate to a legitimate aim (such as preventing the spread of a pandemic), interferences with the rights to assembly, education and movement can comply with human rights.

But it is important to note that weeks of prolonged confinement have also had an adverse impact on many people – such as those unable to access effective drug and alcohol treatment; those at-risk of domestic abuse; or who have struggled to work and access food.

How are local lockdown decisions made?

The health secretary, Matt Hancock, has indicated that this depends on whether the situation is classed as an outbreak or a cluster.

Hancock said that local directors of public health have the power to close individual organisations – such as a care homes, factories or hospitals – where many cases are found, in what is defined as a cluster.

A situation is classed as an outbreak when many linked clusters are identified in an area. In this scenario, the decision on how to respond is assessed by a number of different organisations at “Local Action Committee” meetings. 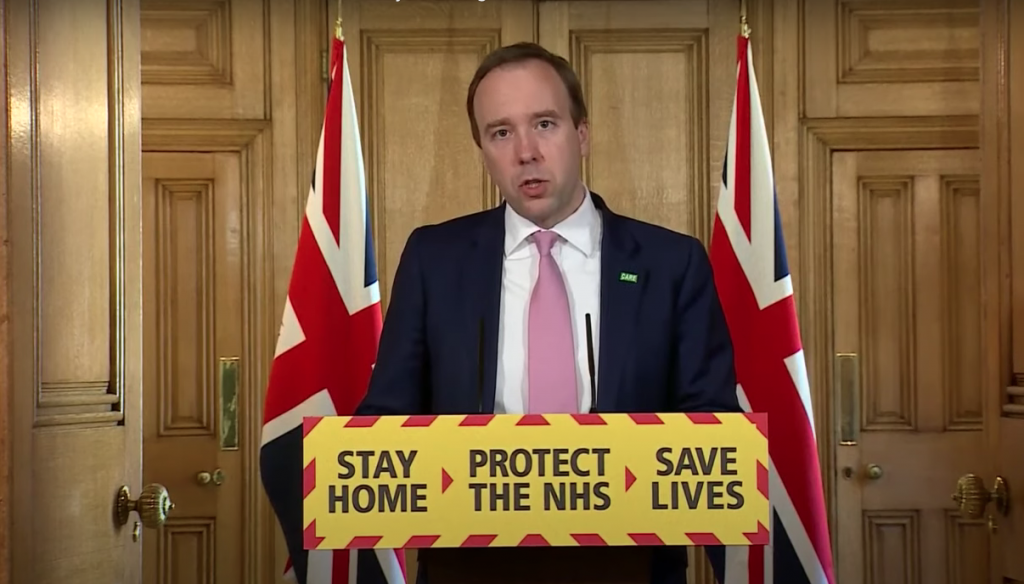 These meetings are chaired by the Chief Medical Officer if there are “issues of concern” or the health secretary if, as in Leicester, there are problems requiring ministerial attention.

The government has given “conflicting information” on the decision-making process and whether local restrictions will be handled by local leaders or central government, according to the Institute for Government.

Professor Jeff King, a legal expert at University College London, told EachOther that local lockdowns could be a “more proportionate” interference in our rights than a blanket national one. With local lockdowns, people living in areas of lower Covid-risk can enjoy greater freedoms and vice versa.

But he warned of the potential for decision makers to “harbour biases” when deciding where to implement them.

He said: “Broadly speaking the existence of local lockdowns is fully compliant with the spirit of human rights law and thinking but you’ll need to continue to have a vigilance in looking at the precise decision making that led up to the imposition of those lockdowns.”

The lockdown in Leicester is similar to the restrictions introduced across the country as a whole at the end of March.

Schools have been shut to all children except those of “critical workers” and those classed as vulnerable. Non-essential businesses have also been closed.

The reopening of restaurants, bars and hairdressers and relaxation of social distancing across the rest of England on Saturday will not apply in the city of Leicester and surrounding areas. Health secretary Matt Hancock has also advised “against all but essential travel to, from and within Leicester”.

However, future local lockdowns may not be so stringent and could depend upon the nature of the coronavirus spike in the area.

“It might be closing schools again if the increase is only seen in children and teachers,” Dr Nathalie McDermott, clinical lecturer in infectious diseases at King’s College London, told the BBC.

“Or it might be not opening restaurants and bars because you’re concerned about the direction the trend is going in.”

Prof King suggested that local lockdowns should be “adjusted” to ensure they “catered” to the rights of different communities – such as freedom of religion (Article 9).

“A lockdown that might be fit for the Orkney Islands might need to be seriously adjusted for a community in which there is a large group of Muslims that may have different social practices or needs,” he said.

Restaurants in Leicester won’t open when the rest of the country relaxes restrictions. Credit: Unsplash

How long will local lockdowns be in place for?

Labour Party leader Keir Starmer has criticised the government for being “so slow” to announce further restrictions in Leicester, with the health secretary having initially raising his concerns about a Covid-19 “outbreak” in the city on 18 June.

Claudia Webbe, MP for Leicester East, told EachOther the government needs to be “more decisive” when it comes to implementing local lockdowns.

“The government needs to make sure that it provides the data that is necessary to determine by what basis a lockdown would be needed,” she said. “It would appear that the government was quite slow in the case for Leicester.”

How are the most vulnerable groups being protected?

Webbe also called on the government to extend its financial support to include anyone who needs it during Leicester’s extended lockdown.

She pointed to people in cash-in-hand jobs and migrant workers who have lost work but cannot access to social security because of their immigration status – a condition known as “no recourse to public funds” (NRPF). “The government needs to relax its criteria and enable anybody to be supported,” she said.

Webbe added that the government needs to be quicker to act to address a “pattern of blame” targeted at Leicester’s black and minority ethnicity (BME) communities for the spike in Covid cases. A PHE report has found that there is no obvious source of the outbreak, the BBC reports.

“You’ve got a whole bunch of people who are already speculating as to the cause and what’s happened and often that has led to social media attacks on particular groups that are at risk and that includes African, Asian and minority ethnic communities,” she said. “So that’s a significant problem.” 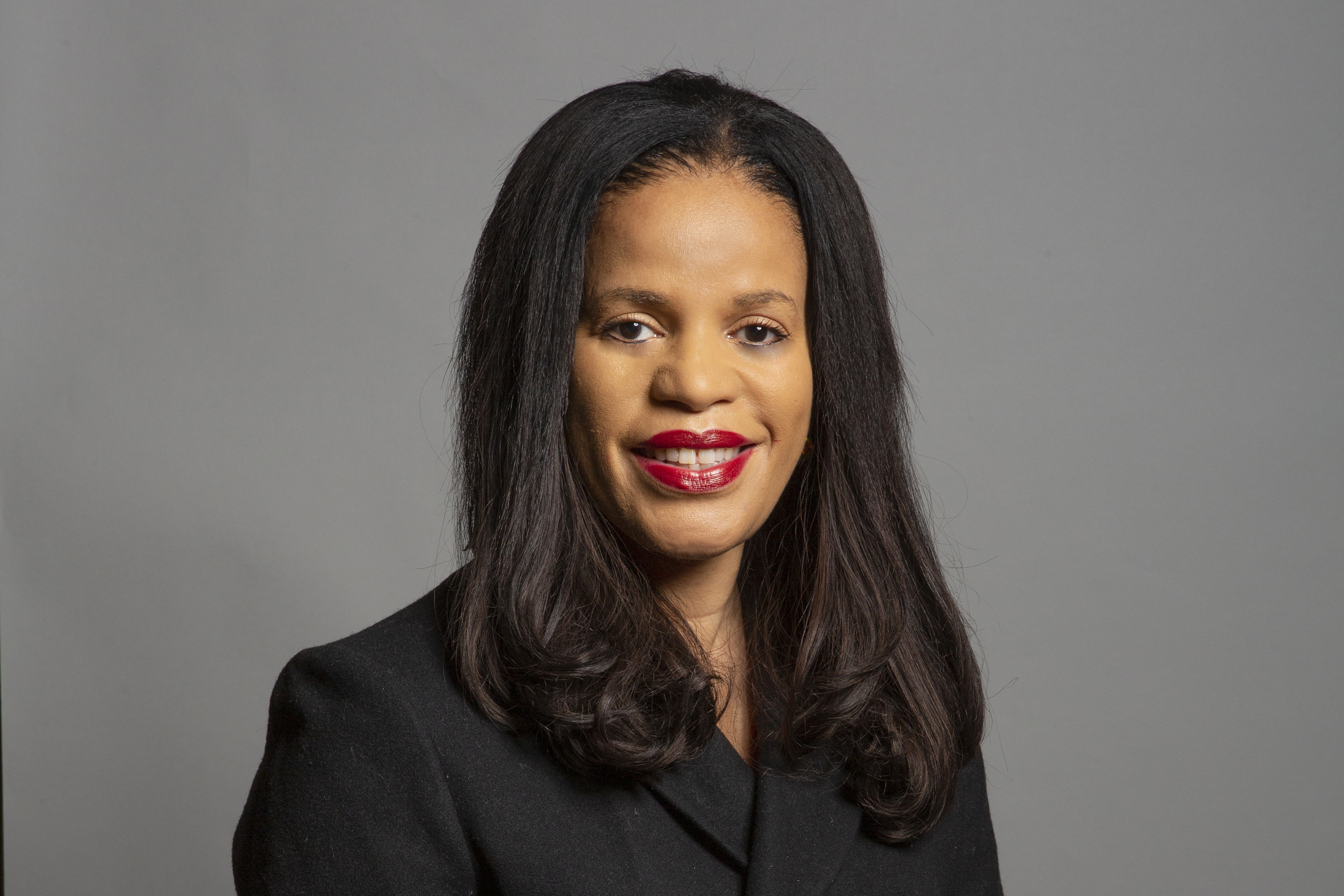 Leicester is among the most ethnically diverse cities in England. According to the 2011 census, 28% of Leicester’s then population of almost 330,000 were of Indian heritage, with a further 21% from other ethnic groups.

Multiple studies have found that the Covid-19 crisis is having a disproportionate impact on people from BME backgrounds, with a report by Public Health England concluding that Bangladeshi people are more than twice as likely to die with Covid-19 than white people.

The publication also revealed that BME people are more likely to contract Covid-19, and that people of Chinese, Indian and Pakistani heritage – alongside other Asian, Caribbean and black ethnicity groups – had between 10% and 50% greater risk of death when compared to white British people.

A Department of Health and Social Care (DHSC) spokesperson said: “We appreciate how hard this must be for the people of Leicester. While coronavirus is in decline at a national level, we have been clear that we must take swift action to keep people safe when flares up happen locally.

“We’ve been actively monitoring the situation in Leicester closely over the past fortnight, along with the council and Public Health England.”

“Leicester City Council and Leicestershire County Council have received over £20m and over £27m respectively to deal with Covid-related pressures. And extra support will be made available to both councils should it be needed.”

People from the black, Asian and minority ethnic communities are more at risk of serious complications from Covid. Credit: Pexels

How will it be enforced?

Police chiefs in Leicester have expressed uncertainty as to how they are expected to enforce the lockdown. David Stokes, chairman of the the Leicestershire Police Federation, told the BBC: “If the guidance and messaging from government is confusing for the public then it will be almost impossible for our colleagues to police.”

Hancock told Sky News on Tuesday that the government would be “bringing forward a legal change very shortly, in the next couple of days, because some of the measures that we’ve unfortunately had to take in Leicester will require a legal underpinning.”

But the prime minister’s spokesman later told the Guardian: “The powers to impose lockdowns already exist under the Public Health Control of Disease Act 1984 … The health secretary must sign regulations under this act in order to maintain and reimpose restrictions for Leicester.”

Residents in Leicester have criticised the lockdown’s boundaries, pointing to how people living within the lockdown on one street are able to cross over and go to a pub on the other side.

Analysis by Liberty Investigates shows that police were more than 50% more likely to issue fines to people from black, Asian and minority ethnicity (BAME) backgrounds during lockdown.

Thompson said: “The way in which police currently work allow for discriminatory outcomes against black people to thrive. The possible effects of more lockdown powers is that we could continue to see a rise in fines being given and at a disproportionate rate for black and brown people.”

Thompson suggested that black people needed to be included in decision making, so as to get rid of biases.

She said: “It’s important because, particularly with black communities, we are very vulnerable in terms of exposure to the virus, but are we included in decision making? Are we included in discussions to do with these lockdowns? Are we going to have our voices centred, too?”