11 Facts You Should Know About School Exclusions

School exclusions are a complicated subject. To help shed light on the issue for those new to it, we’ve pulled together a list of 11 key facts.

As well as looking over these key facts, we would encourage you to take a look at this account of the common path that leads to children being excluded from school. It is from the perspective of youth worker who has supported young people facing exclusion numerous times. This list is non-exhaustive – but aims to provide a useful starting point.

1. The use of permanent exclusions has increased in parts of the UK

Government statistics show that permanent exclusions have increased by 71% in the UK in the last seven years.

Meanwhile, Scotland has reduced its number of permanent exclusions from 21 in 2012-13 to only three in the 2018-19 academic year.

Northern Ireland’s exclusion rate has remained fairly consistent across the 2013-14 to 2018-19 period.

2. The most common reason students are permanently excluded in England is ‘persistent disruptive behaviour’

Earlier this week England’s Children’s Commissioner, Anne Longfield OBE, told us there is a misconception that all children are getting excluded for “very, very dangerous activities”.

“Of course, some are and … some children will need to not be in school,” she added.

“What there isn’t an understanding of is that: these are often children who are struggling with the system and, with help and support, they could stay within school.”

In England, last year 35% (2,781) of permanent exclusions were for ‘persistent disruptive behaviour’.

3. The exclusions increase in England has coincided with school funding cuts

The amount of spending per pupil in England’s schools fell by 8% between 2009-10 and 2017-18, according to the Institute for Fiscal Studies.

The UK government will likely contest whether school funding cuts have contributed to rising exclusions.

Nevertheless, a lack of resources is regularly cited as a challenge schools face in taking steps to prevent exclusions in a 2020 report by the RSA.

In a 2019 survey of almost 1,500 teachers by the equality charity the Sutton Trust, more than two-thirds (68%) of respondents at secondary schools said they had to cut support staff due to financial pressure.

The RSA has highlighted how support staff are important to help ensure every child has a relationship of trust with at least one adult, which enables them to become aware of any negative changes in the child’s life which may give rise to disruptive behaviour and potential exclusion.

While clearly important, funding does not appear to be the only factor at play in preventing exclusions.

Glasgow City Council has been hailed for it’s dramatic reduction in school exclusions, through initiatives such as the Nurture programme.

“What we’ve done in Glasgow is not about money,” Glasgow City Council’s education director Maureen McKenna said at an EachOther panel discussion on Friday.

“This is about what you do with the money you have and putting children and young people at the centre of everything you do.”

She added: “It’s about culture and ethos and it’s about our young people more than anything else.”

In England, there appears to be a wide variation in schools’ propensity to exclude pupils.

A 2019 study by England’s Children’s Commissioner found that 88% of exclusions take place in only 10% of schools.

“So most schools don’t exclude children, they will try and help and support them and keep them in school,” she told us.

“But there is something going on in this one in ten schools that seemed to exclude much more than others.”

“That might be that they have very strict behaviour policies, which move to exclusion very swiftly.

“It may be that they don’t offer the child the support they need to keep them in school.”

Official figures indicate that pupils who are eligible for free school meals (FSM) are more than four times more likely to get a permanent exclusion than their peers.

Children’s charity 4in10, Just For Kids Law and the Children’s Rights Alliance for England produced a report earlier this year examining the links between exclusions, race and poverty.

It highlights how home circumstances including “deprivation and low income” as well as “poor housing” can impact on a child’s behaviour and put them at greater risk of exclusions.

Poverty is worsening amid the pandemic. Think tank the Legatum Institute estimates that almost 700,000 people in the UK, including 120,000 children, have been plunged into poverty as a result of the Covid economic crisis.

Pupils with special educational needs (SEN) are also much more likely to be excluded.

The permanent exclusion rate for pupils with SEN, who lack an education health and care plan (EHC), was last year four times that of pupils without SEN.

For SEN pupils who have an EHC plan, the permanent exclusion rate is double that of non-SEN pupils.

An EHC plan is a legal document that describes a child or young person’s special educational, health and social care needs, explains the extra help that will be given to meet those needs and how that help will support the child or young person to achieve what they want to in their life. 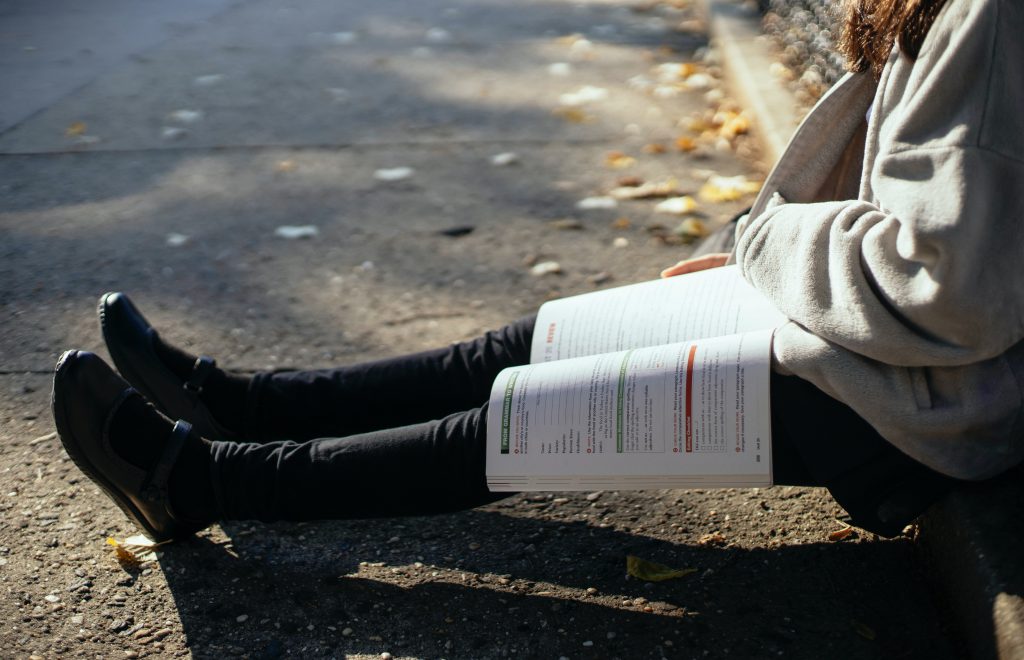 A pupil sits outside the school gate with a textbook on their lap. Credit: Pexels

University of Exeter research conducted in 2017 found that poor mental health can lead to school exclusions, and vice versa.

Professor Tamsin Ford, of the University’s medical school, told the Guardian: “For children who really struggle at school, exclusion can be a relief as it removes them from an unbearable situation with the result that on their return to school they will behave even more badly to escape again.

“As such, it becomes an entirely counterproductive disciplinary tool as it encourages the very behaviour it intends to punish.”

A 2017 report by the Institute for Public Policy Research (IPPR) found that, in 2015-16, one in fifty children in the general population were recognised as having a social, emotional and mental health need. In schools for excluded pupils this rose to one in two.

Parents and carers can appeal if their child is facing permanent exclusion or fixed-term exclusions of longer than five days.

Grounds for why a parent might appeal include if they believe their child has been discriminated against because of their race, disability or other protected characteristic.

A ‘review meeting’ with school governors takes place within 15 days of a permanent exclusion.

If the governors do not overturn the headteachers decision, the parent or carer can appeal to an Independent Review Panel (IRP) at their local council or academy trust, if the school is part of an academy chain. These are typically made up of three to five people appointed by the local authority – none of whom are directly involved with the school concerned.

A 2019 report by charity Justice highlighted that the governors board review – the first stage of the review process – is “ineffective and lacks independence”.

A 2020 Just For Kids Law report found that governors uphold 98% of headteachers’ decisions, even though IRPs find nearly half of those they consider to be flawed.

Meanwhile, only a third of pupils are ever offered reinstatement by the excluding school.

This is because the ‘Independent Review Panel’ (IRP) does not have the power to reinstate children even if the panel has shown the exclusion to be unlawful, unreasonable or unfair.

Justice has called for governors boards reviews to be replaced with specialist “independent reviewers” and for the possibility of appealing to a judge-led tribunal.

Research has shown that excluding a child from school can cost the taxpayer, in the long term, around £370,000 in expenditure including benefits, healthcare and the criminal justice costs.

Sometimes the cost of Alternative Provision – an alternative schooling centre designed as a last resort for children who cannot cope in a mainstream school – can be comparable to that of a high-end private school.

In 2018, Ofsted’s analysis suggested the average cost of a full-time placement in AP for an academic year for a local authority is £18,000.

This is just shy of the £21,600 annual fees at one north London private school. 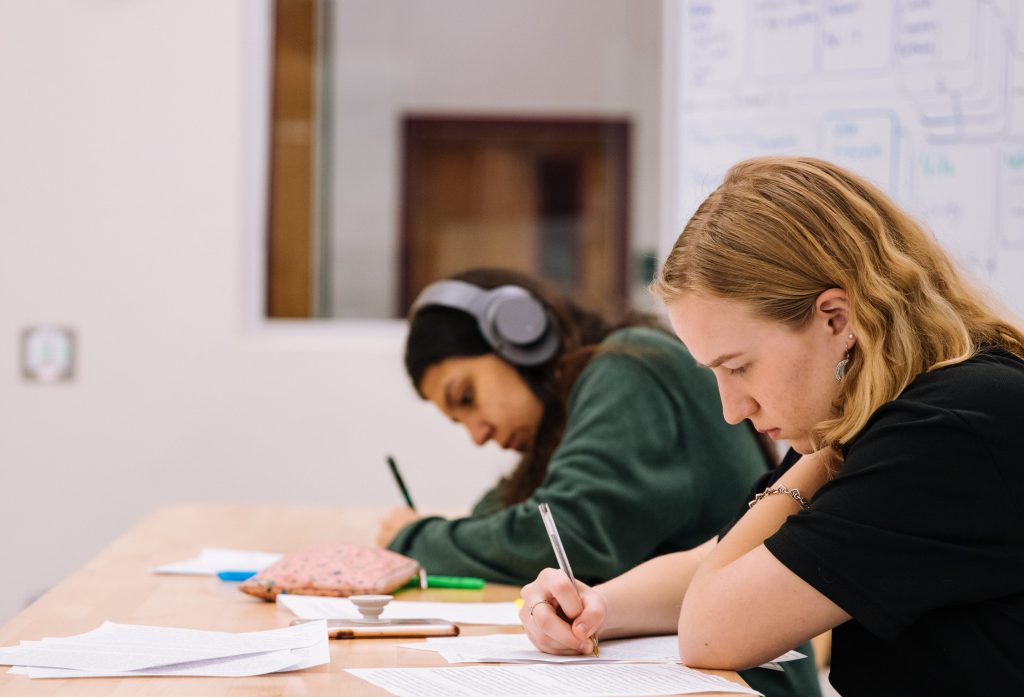 Two students write on a piece of paper in a classroom, one of them wears headphones. Credit: Pexels

10. Exclusion has a negative effect on life and educational outcomes

According to Greater London Authority data, only 1% of excluded pupils get five ‘good’ GCSEs they need to access the workforce.

Meanwhile, a report published earlier this year by charity Just for Kids Law highlighted how children in Pupil Referral Units are particularly vulnerable to criminal exploitation, including as part of county lines drug dealing.

What is a PRU?

A Pupil Referral Unit (PRU) is an alternative schooling centre designed as a last resort for children who cannot cope in a mainstream school. Pupils may be sent to one if they have been permanently excluded, are awaiting diagnosis of a behavioural disorder, experiencing severe bullying, or are having issues with anger or mental health. Experts have said that, while PRUs can be positive – they hold a stigma which children find hard to shake off.

In 2017-18, 89% of boys in young offenders institutions had been excluded from school, according to HM chief inspector of prisons for England and Wales.

A 2012 Ministry of Justice study found that 63% of adult prisoners reported being temporarily excluded when at school.

Exclusions have been said to feed into a ‘self-fulfilling prophecy,’ in which students labelled “bad” through the exclusions process begin to see themselves as such and act accordingly.

11. Teachers feel they could use help from other professionals

Many teachers have said they need help from other professionals to reduce the number of times they remove pupils from class.

More than half (54%) of teachers surveyed by the RSA in 2019 said that the ability to refer pupils to an in-school mental health practitioner would help to reduce school exclusions.

After mental health workers in schools, the next most popular options were to have access to additional teaching assistants, or more support from Child and Adolescent Mental Health Services and Early Help.

Young people have the right to education (The Human Rights Act, Article 2, Protocol 1). They also have a right to express themselves on issues that concern them, be listened to and taken seriously (UN Convention on the Rights of the Child, Article 12).