Meet The Afghan Refugee Who Is Building Bridges With Cooking

Afghan refugee Hadi runs cookery classes as a hobby for Migrateful, a charity that teaches refugees and migrants culinary skills. Having arrived in the UK in September 2015, his journey spans conflict, politics and threats from the Taliban. This is Hadi’s story.

Born in Iran in 1986, Hadi was registered as a refugee from birth because his parents had fled their home in Afghanistan due to civil war. Growing up, Hadi felt like an outsider because he was a refugee – he recalls being refused entry to one high school because of his background. From an early age, he enjoyed cooking and would learn recipes from Afghan and Persian cuisine from his mother.

In 2003, he moved with his family to Herat, Afghanistan; they had decided to return to their home country because the Taliban seemed at bay following the American invasion of 2001. “We moved to Afghanistan and we started a new life, it was really difficult for us – Afghanistan had been destroyed completely by 35 years of war,” says Hadi. “It was really a shock for us, but we were feeling better. We were happy, this is our country.”

Hadi continued his education and founded a monthly magazine for his high school with a class mate using their pocket money, developing an interest in media and politics. While at school, he got a job as a journalist for a local newspaper in Herat, where he was promoted to communications director in 2005. Things were going well for Hadi: he was introduced to his wife by a mutual friend and they went on to have two sons.

A year later, Hadi moved to Kabul and worked at a TV station where he regularly interviewed politicians. His position meant that he could question those in power, particularly about corruption and the Taliban. Meanwhile, his wife began working for a now-defunct Canadian NGO, where she advocated for women’s rights and lobbied politicians for changes in the law. “She is a really strong woman, she was working for civil society for women’s rights, for human rights,” he explains.

‘We were happy, this is our country’

However, Hadi says that both he and his wife’s jobs meant putting them and their family in danger because they were campaigning for political change. “The media must ask politicians, the media must ask leaders: ‘why are you doing this wrong?'” he says. “But it means you make an enemy of yourself in Afghanistan.” It wasn’t long before Hadi and his family received a letter from the Taliban, threatening to kill them if they didn’t stop their advocacy. Hadi and his wife went to the police but they were advised to leave the country – political tensions were running high and the Taliban carried out a series of attacks in the capital that year.

The family fled to New Delhi, India, in 2012. However, life for them was far from plain sailing. Later that year, the NGO shut down, leaving his wife without a job. “Mentally, we were in a very bad mood and we had no money,” he says. Hadi got what work he could, pursuing his lifelong love of food by providing catering services – using the skills his mother had taught him – to foreign students. Still, Hadi and his family didn’t feel settled in India. He recounts one story where he fell gravely ill with pneumonia while his family were also sick – but, due to an influenza outbreak, many hospitals across the city refused to treat him. After this bad experience, the family decided to move back to Afghanistan to be near their families and live in hiding. 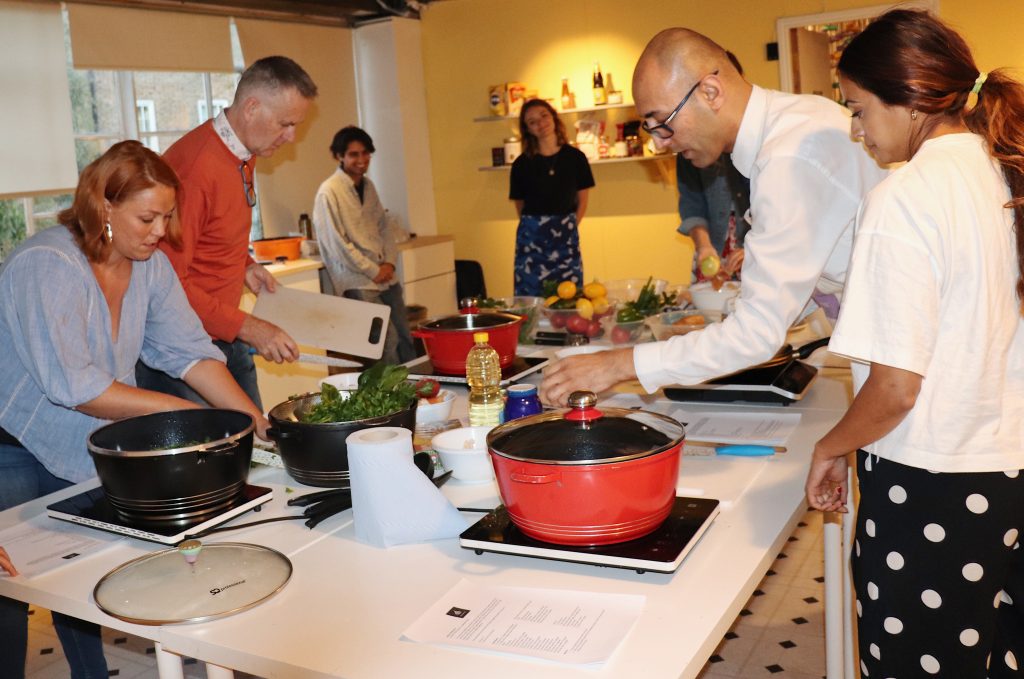 Hadi running a class for Migrateful. Credit: Courtesy of Migrateful

In 2014 his wife, who was still working as an activist and does not wish to be named, was invited to be a representative at the London Conference on Afghanistan. Knowing that she and her family couldn’t live openly back home, his wife applied for refugee status in Britain, which was approved, before applying for a family reunion that would allow Hadi and their two sons to live in the UK with her. After nine anxious months, this was granted and the family were reunited in Birmingham.

Although his experience of moving to the UK was fairly positive, Hadi says his wife had a hard time waiting for her case to be granted as she moved from hostel to hostel. “My wife says the asylum system was difficult,” he says. He believes that the Home Office needs to provide mental health support to people seeking asylum, and suggests that they should be provided with an advisor who speaks their language to support them and “give them the right advice”. He adds: “For refugees who come here, they are in shock and mentally they are not okay because they are suffering from back home, it’s difficult for them.”

Hadi describes moving to the UK as “starting life” again. In Birmingham, he began learning English and started teaching Farsi, while his wife taught the language to women and their daughters. “It was like a bad dream for three or four years for all of us, fighting and returning [to Afghanistan] … now we were safe.”

Cookery means I can ‘share a part of my culture’, says Afghan refugee Hadi 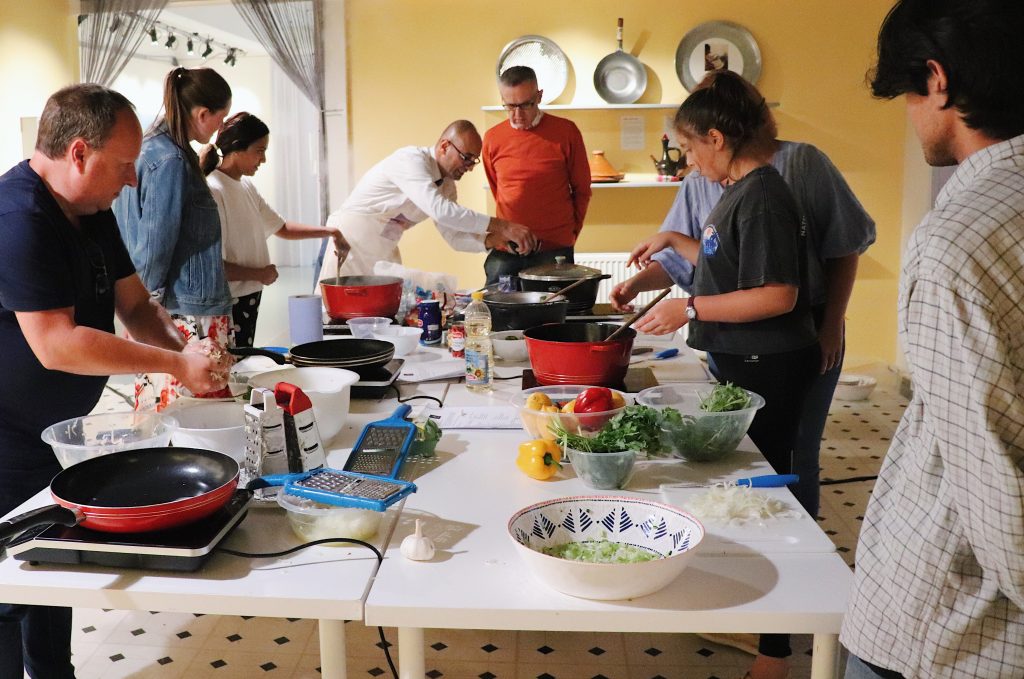 Hadi in action at a Migrateful class. Credit: Courtesy of Migrateful

A few years later, the family moved to London in search of more opportunities and a bigger Afghan community. There, Hadi set up a tailoring shop in Ealing, which he still runs today, and he is a management team member at the charity Afghanistan and Central Asian Association which helps refugees in the UK. He was also introduced to Migrateful by his uncle, where he now provides cookery classes as a hobby, focusing on the Afghan and Persian cuisine that he grew up eating. Hadi praises the charity for being run by a “very strong community of women” and says he enjoys telling guests his stories and those of other refugees. “It’s a good support for me as well when I go to the classes and when I run the classes it gives me power,” he explains.

He adds that the classes allow strangers from different backgrounds to come together over a shared love of eating. “I feel part of society, I can share a part of my culture with other people in my classes,” he says. For Hadi, his two-hour classes at Migrateful create a shared feeling of community. “When we finish the class and we sit altogether at the table and we start eating, then we look like a family,” he explains. “[By then] everyone knows each other, there is a good feeling from the kitchen.”

To donate to Migrateful, visit: www.migrateful.org/donate/

A charity that supports refugees and migrants to run cookery classes.

A national charity that works with refugees and asylum seekers.